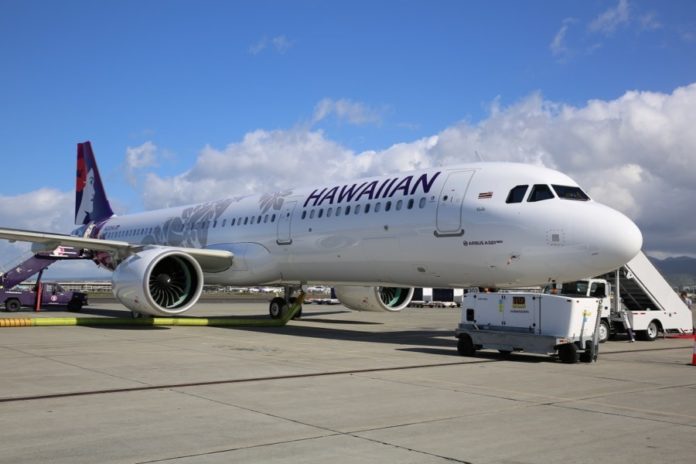 Hawaiian Airlines has introduced two aircraft types that will bolster air cargo activity in the Pacific island chain. The airline recently introduced into service the Airbus A321neo, a next-generation, super-efficient aircraft that will complement Hawaiian’s current fleet of Airbus 330-200, Boeing 767-300 and Boeing 717 aircraft.

In the spring, the airline is planning to expand its freighter operations out of Honolulu to each of Kahului and Hilo using newly delivered ATR 72-200Fs.

The narrow-body, mid-range A321neo will be utilised primarily on routes between the neighbour islands and the mainland—including smaller regional airports—allowing cargo customers to bypass major airport transit hubs.

“The A321 aircraft will provide our customers with enhanced options for shipping their cargo to and from Hawaii, resulting in greater convenience and cost-efficiencies,” says Hawaiian Airlines Cargo managing director Brad Matheny.

The carrier took delivery of its maiden ATR72-200F last year. After two more aircraft are delivered, Hawaiian will add Kona to its dedicated cargo network. All routes will be operated as overnight services.