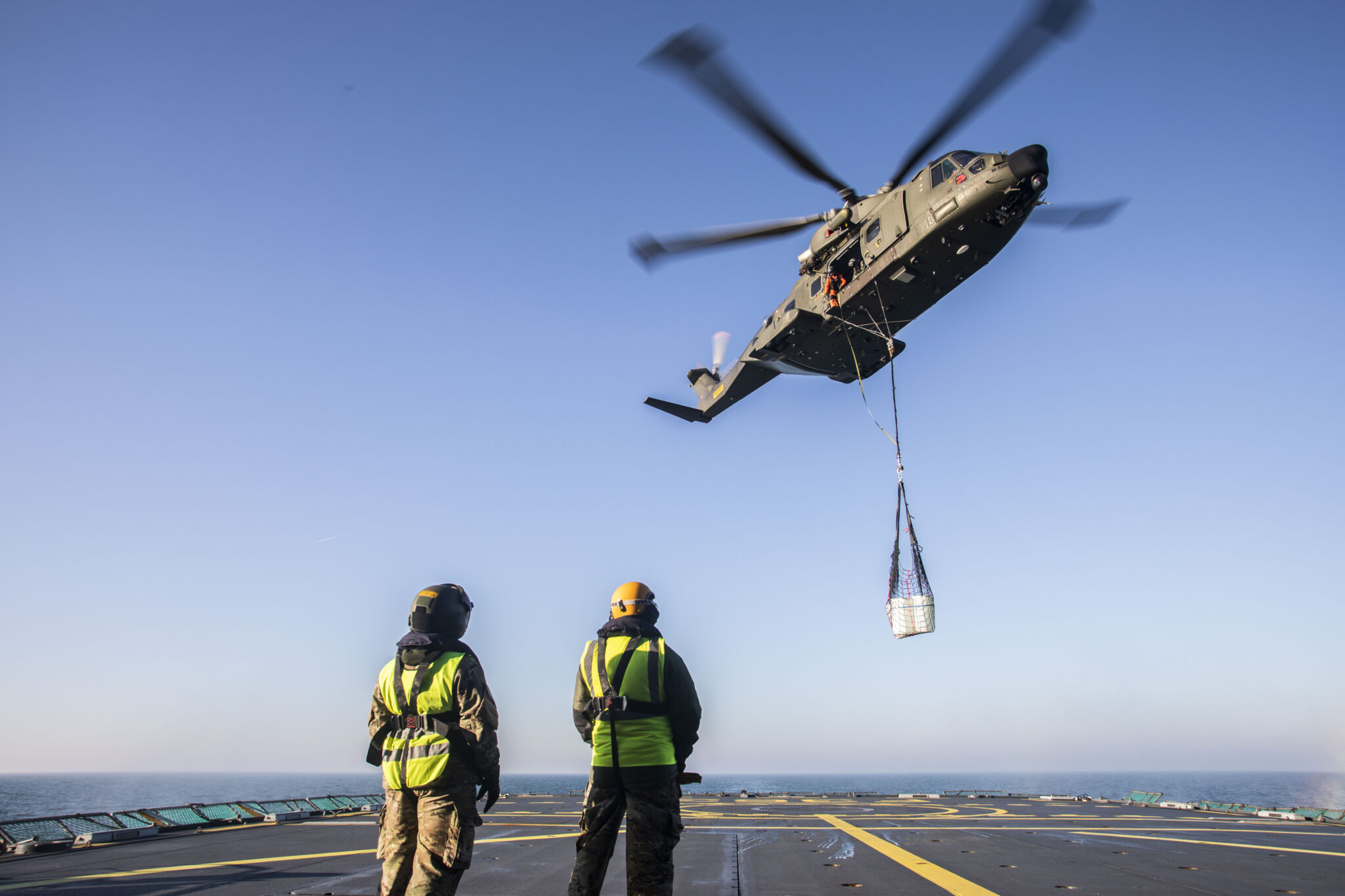 AmSafe Bridport is continuing to expand and adapt its range of cargo restraint, protection and safety systems to ensure ever-changing military needs are met, with a strong focus on personnel safety and adaptability.

Hong Kong’s Government Flying Service is also taking advantage of both 6m and 12m lightweight strops, allowing even further adaptability for its support helicopter operations. Both strops are designed to fully interface with AmSafe Bridport’s HUSLE nets and slings, which have also been selected by Hong Kong’s Government Flying Service and over 25 other armed forces worldwide.

Prior to the recently developed lightweight strop, AmSafe Bridport has developed QuickDrop, a remotely operated load delivery system that provides operators with total control over their cargo. Giving the ability to remotely release from inside the aircraft, QuickDrop eliminates the need for personnel on the ground, reduces hover time and increases mission efficiency – all with high-risk environments in mind.

Since its’ launch in 2015, numerous military forces across land, sea and air have entrusted their operations to QuickDrop due to its versatility and robustness. One such example is the Royal Danish Air Force, which sought an electro-mechanical release strop with the aim of increasing its land and sea operational capabilities. With the help of AmSafe Bridport Royal Danish Air Force was able to achieve this by successfully adapting QuickDrop for use on its AW101 (EH101) Merlin aircraft.