IAG CARGO is rolling out its Cargo Connector service in Frankfurt (Germany).

Shipments of less than 300 kilogrammes will be collected from freight forwarders’ premises and taken to the airport at no additional cost. Companies will be required to give two weeks notice for collection. The drivers are contracted externally but are for the exclusive use of IAG. This move comes after it opened a sales office in Dusseldorf (Germany). The firm says it is targeting Germany’s small and medium sized businesses.

IAG Cargo Europe regional commercial manager, Chris Nielen, says: “Being the first carrier to offer this kind of service in an area where low weight shipments are quite common, will raise the profile of IAG Cargo and support our growth ambitions in Germany.

Cargo Connector has already been operating from IAG Cargo’s at Heathrow Airport and seven US cities, which are New York, Los Angeles, Chicago, Dallas, Atlanta, Seattle and Houston. The company says it is exploring destinations globally to further rollout the Cargo Connector service. 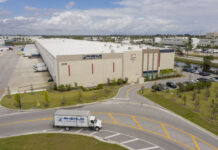 Rhenus Group designates the Americas as key region for growth 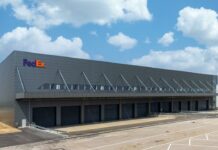