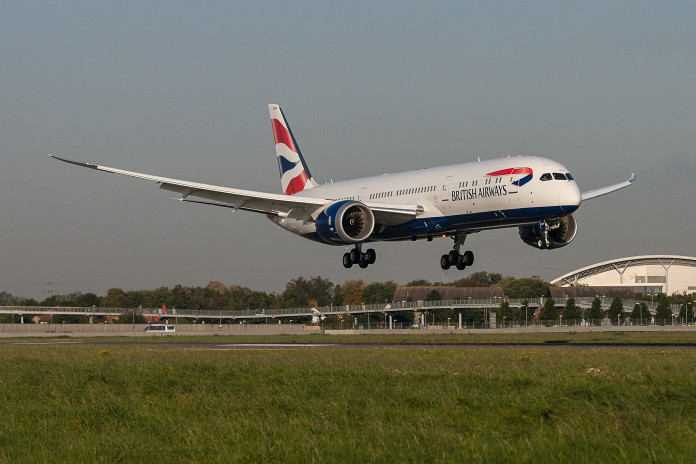 IAG Cargo has taken delivery of its first Boeing 787-9, which will be operated by British Airways and will operate on its Heathrow Airport to Delhi service from 25 October.

The airline will be taking delivery of five 787-9s this year and has 22 on order. IAG Cargo will take delivery of 11 in 2016, one in 2017 and the final five in 2018. The aircraft will have a capacity of 22 tonnes and positions for seven pallets, which it says will give it one more position than either the Boeing 747-400 or the Boeing 777-200. The 787-9 has three cargo holds, the front one will be temperature sensitive, able to cool cargo down to one degree centigrade. The middle one will be warmer and more suitable for live animals and the back hold will be for last minute shipments and e-commerce.

IAG Cargo UK & Ireland commercial manager, Andy Jaye says: “This aircraft is a step up [for temperature control]. On older aircraft it still can be managed but this [787-9] is a step up.”

The 787-9 will be operated on what IAG Cargo describes as its most profitable cargo routes, including India, where it expects pharmaceuticals to transit in London on the way to North America. The aircraft will be used on its services to Abu Dhabi and Muscat from November 2015, Kuala Lumpur from December 2015, and US flights to Austin in February 2016 and San Jose in May 2016. When the 787-9 is used on the twice-daily service from London to Delhi, it will replace one of the 777-200s operating the route.