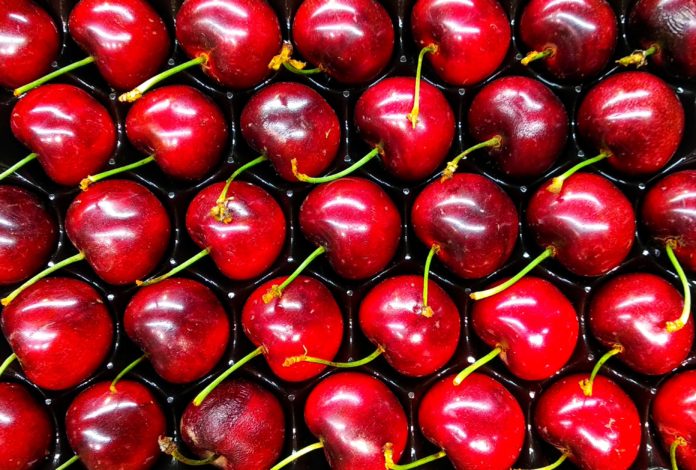 Cherries are a popular fruit in the UK over the winter and Christmas season, and last week saw the latest charter from Santiago de Chile to London Heathrow carrying over 7 million cherries for the UK market. Since the season started in late October, IAG Cargo has already transported over 1000 tonnes of cherries from Latin America to Spain, the UK and China via B787-9s and A350-900s, compared to 236 tonnes in 2019.

“Our cherry loads are blossoming, and we’ve already quadrupled our 2019 tonnage. When it comes to perishables time is critical, and our specialised advanced cool chain solution Constant Fresh, designed exclusively for the transportation of perishable goods, maximises product shelf life, minimises waste, and preserves quality and integrity until it reaches the supermarket and the consumer,” commented Rodrigo Casal, Regional Commercial Manager for Latin America at IAG Cargo.

Chile has seen a rapid expansion of its cherry industry in recent years with a range of climates for farmers to grow cherries throughout the season. According to USDA data, Chile’s 2020/21 cherry crop year is projected to increase by 12.1% to 286,000 tonnes. Similarly, Argentina’s cherry industry has been growing, with IAG Cargo shipping cherries grown in Patagonia.