E-commerce is coming to Africa and logistics networks from China to the emerging economies of the fragile continent are a focus for global general sale agent ECS.

Online retailing is growing in emerging economies such as Africa and India, and China is a major producer of the goods these new consumers are buying.

Speaking to ACW at IATA’s symposium, ECS’ chief operating officer, Adrien Thominet, says: “We want to offer this logistics solution between China and Africa, due to our expertise in Africa.”

Thominet cited Chinese e-commerce giant Alibaba’s relationship with China’s postal service, China Post, and ECS works with China Post. On the final day of the symposium, in the China International session, it was said that the growth of e-commerce was not just a matter for integrators, because the expansion was so great. Airfreight companies not typically involved in express services are getting involved in that market.

Last year, ECS widened its network of stations in India, a country with a growing consumer class.

ECS increased the number of offices from three to thirteen to serve Air Asia India at airports across the billion people nation.

Thominet explained to ACW that ECS was networking at the symposium, meeting with customers and conisdering more acquisitions.

Although the firms announced strategy is to expand in the Americas this year, Thominet says of China: “You never know what you will find.” 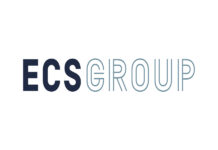 ECS Group is on a continuous voyage of Discovery 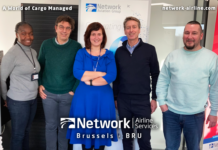