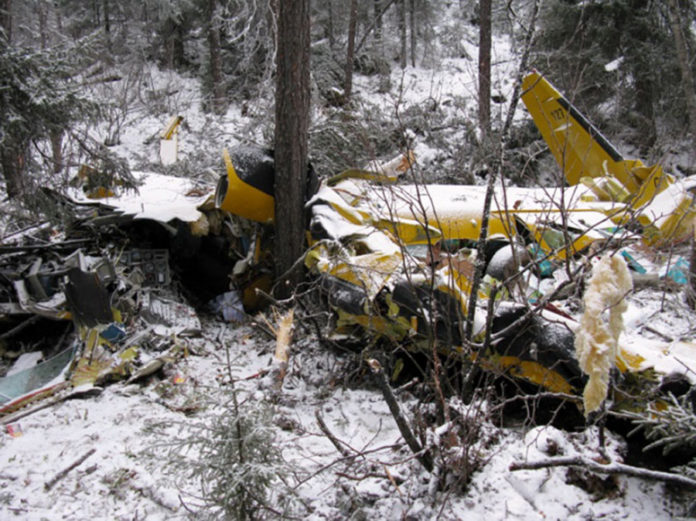 Ice accumulation and operating in icing conditions led to a cargo aircraft crashing in Ontario in December 2015, a report released by the Transportation Safety Board of Canada has found.

The Cessna 208B Caravan operating as Wasaya Airways flight 127 left Pickle Lake Airport, Ontario at 09.00h on 11 December 2015 for Angling Lake/Wapekeka Airport, Ontario with the pilot and a load of cargo on board.

Less than 10 minutes into the flight, the aircraft began descending, made a sharp right turn, climbed again before starting another descent, then collided with trees and terrain at an elevation of 1,460 feet above sea level, fatally injuring the pilot and destroying the aircraft.

No signal was received from the emergency locator transmitter, which was damaged during the crash, and there were no flight recording devices on board.

The investigation found that the aircraft performance was consistent with operation in icing conditions that exceeded the capabilities of the aircraft, with the high takeoff weight exacerbating the problem.

It says: “As the aircraft continued its flight in icing conditions, rather than returning to base, it experienced substantially degraded aircraft performance as a result of ice accumulation, which led to an aerodynamic stall, loss of control, and collision with terrain.”

It adds the company practices did not ensure that operational risks were assessed and managed appropriately, with flying into forecast icing conditions was a company norm although four of the five 208Bs were prohibited from operating in these conditions.

The investigation says: “At the time of the accident, the operator had not implemented all of the mitigation strategies from its January 2015 risk assessment of Cessna 208B operations in known or forecast icing, and remained exposed to some unmitigated hazards that had been identified in the risk assessment. Consequently, pilots lacked important information and tools for sound decision-making and for safe, efficient operations.”

“It also increased the time allocated for technical training on the Cessna, tested a reporting system for icing encounters, and revised the maintenance schedule for the application of anti-icing treatments.”