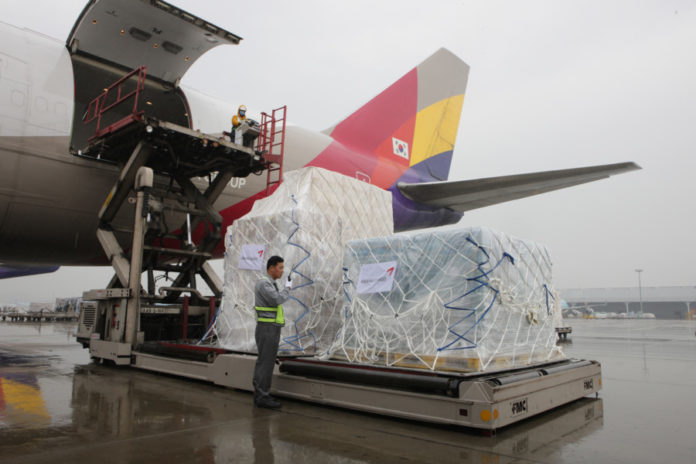 The gateway says this was fuelled by the gradual recovery of Korean exports as the volume of cargo for the Americas was up 7.8 per cent, Europe by 10.3 per cent and Southeast Asia 28 per cent.

As for volumes to Japan, which it notes had performed poorly in the first quarter of last year, there was YOY growth of 10.7 per cent.

However, cargo bound for China fell YOY by 5.6 per cent which Incheon puts down to a decrease in exports “amid the stricter attitude by the Chinese customs authorities supposedly in retaliation of the deployment of THAAD in South Korea”.

Inches also says its has established plans to expand it facilities for the handling of belly and fresh cargo due to the steady rise in volumes.

The airport is to start an operation in the first half of 2019 after signing agreements for development of  new cool chain and belly facilities.

A ‘cool port’ with a shelter-like structure will be built, which can prevent fresh cargo from being damaged due to outside air temperatures.

The airport says it will step up its function as a logistics hub by increasing the transit cargo capacity with the addition of facilities for handling belly and fresh cargo.