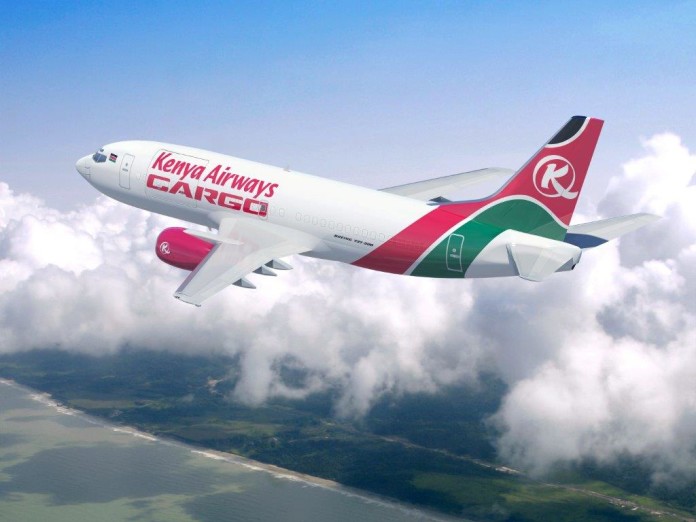 Some 70 per cent of the perishables market is Europe-bound Musola tells Air Cargo Week  and the Nairobi-headquartered carrier is looking to do something similar in China by working its partners Musola adds.

“KQ has a niche market into Asia these are actually some of the new markets we are developing,” he says.

The lead will be flowers which are helped by Chinese plans to stimulate an auction akin to Amsterdam’s Schiphol in the Southwestern city of Kunming.

“Evert week we are moving about 16 tonnes of flowers into China which never used to be there before,” says Musola. Historically the trade used to be samples of between two and three hundred kilos. “You can see the build-up,” he adds.

Flowers are not the only export, although at 40 per cent they are the biggest component with fruit and seafood each being 30 per cent.

Hindering things here is the trade relationship between China and Africa. Heavily biased in Beijing’s favour the Africans, with Kenya first and foremost, are engaging with the Chinese to open their markets to rebalance it.

Another one where they are waiting on is the policy of the incoming Donald Trump presidency in the US. One piece of legislation is the Africa Growth Opportunity Act which supports exports to American from certain African Special Economic Zones. “These of course will be at risk should these policies change,” says Musola.

Trade is not the only problem KQ is contending with. One of the markets it knows there is interest in the export of crabs – sometimes as many as 15 tonnes from Madagascar and Mozambique.  That would warrant the use of its 17 tonne capacity Boeing 737-300 freighters – except for the lack of inbound cargo.

“This is one of the major challenges in cargo, where you have a uni-directional flow of cargo.” Musola says. This is a particular problem for Kenya Airways and not just about crabs in Mozambique.

Busy on the outbound with exports just over two-thirds or seventy percent of its volumes of 55,000 tonnes this year and 62,000 tonnes last year its imports into Kenya are limited both to 30 per cent of the total moved and a limited range of high value good such as machinery and high-tech consumer products such as i-phones and electronics.

Still there is hope as the perking of the oil price will bring oil and gas machinery movement back into play. It has handsome yields according to Musola and they have hope of a 2017 resurgence. This is the same year as its new express facility opens in Nairobi which underpins its goals to be an African hub.