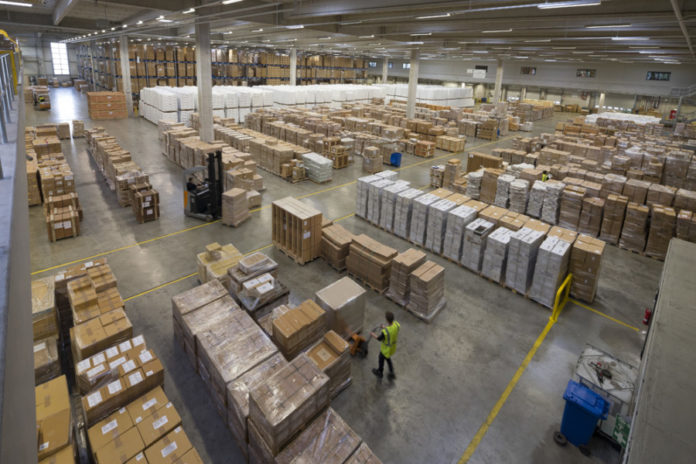 Last year was a peak season like no other, featuring unprecedented e-Commerce demand, a year-end, mad scramble for capacity, infrastructure crunches and soaring prices which even threw up a fabled million-dollar charter from Hong Kong to the US, writes Donald Urquhart.

And just for novelty in all this frenetic activity, there were the Coca Cola charters to Puerto Rico in the aftermath of Hurricane Maria. All-in-all, a rather unusual year one might say.

Describing Q4 2017 as “complete mayhem” for much of the air cargo industry, particularly in Europe, Chapman Freeborn CEO Russi Batliwala, states frankly that as an industry, it was – in contemporary parlance – pretty much a ‘fail’.

Despite all the industry knowledge and projections, “we failed in my opinion – we got to point in last quarter and were caught with our pants down as an industry,” he says.

There are a number of reasons he says, pointing to the fact that “airlines weren’t really prepared for the major upturn,” so crewing was a problem, aircraft were scheduled for maintenance and of course a lot of carriers that have operated freighters “in the past just haven’t seen the viability of operating freighters, so there was added crunch on capacity,” he said.

Airports were also a key bottleneck, either maxed out in terms of capacity, or just not prepared in terms of manpower for instance, to handle the deluge of cargo. Batliwala notes a lot of cargo shifted to secondary airports, but many of these were not equipped and/or not prepared to fully handle the cargo.

And of course, let’s not forget the e-Commerce wildcard that was a key factor in opening the cargo floodgates.

In a similar, but perhaps less dramatic form, Air Charter Service group cargo director, Dan Morgan-Evans, agrees that “people got caught out,” adding, “the end of last year was incredibly busy, we did a lot of charters, Asia to Europe, transpacific and we did have problems with capacity, but there was never really a situation where we ever said: ‘I’m sorry we just can’t help, there’s nothing available.’ There’s always something available, there’s always something out there,” he says.

“So yes we had issues with infrastructure, airports that were congested where everybody wants to land into one certain airport and it got to the point where they said we can’t offload you so you just have to find another airport.

“It was difficult, but I think that why it’s important to add that value to the customer,” he says adding that in this kind of situation is where experienced and well-trained brokers shine.

This year looks no different say the brokers who are upbeat on where the market is and is heading this year. “We’ve been off to good start, no complaints at all,” says Morgan-Evans adding, “we’re up from last year which is really, really good considering last year was such a good year.”

But his worry, probably like much of the industry, is whether they can emulate last year. For now at least, that seems a small problem.

HAE Charter president, Americas Ian Hutchinson his company’s charter business is up year-on-year “significantly” with expectations the demand to continue to grow.

And importantly, while Chapman Freeborn’s Batliwala expects a strong last quarter, he feels “the chaos of 2017 will be avoided with better planning.”

It is clear that the charter sector is undergoing some measure of change, in concert of course with the air cargo sector in general, being so intrinsically linked as it is.

The pull-back amongst combination carries, in particular, of some of their maindeck capacity is one important change within the industry.

It is something that Morgan-Evans observes these operators may regret at some point. For Batliwala, this is clearly having some degree of impact on the market and “the last quarter of 2017 was proof of that,” he says.

For HAE Charter, Hutchinson says: “We are lucky to also be the cargo GSA for a number of combi-carriers so we can still access capacity as required. Our regional teams co-ordinate the cross trade demand very well – by being a GSA we have access to many airline relationships a normal broker would not and we believe this gives us the edge on the business we have won recently.”

Considering the development of the market, Morgan-Evans observes that scheduled freighter operations are not necessarily what the market is requiring.

“They want to be able to increase capacity and decrease capacity on demand,” he says, point to the fact forwarders are coming to Air Charter Service at the beginning of the year and looking to book up aircraft throughout the year on the sliding scale.

“That rigid schedule system doesn’t work so well in this e-Commerce market because you get very strong peaks. All you need is Amazon to say next week is a big sale and suddenly you get this random peak that people have to deal with.”

And then there are also product launches and the like, that require ad hoc capacity as well. “So this creates little peaks outside of the normal and people want to have more control over their schedules,” he adds.

This then creates a new area of business for charter brokers and operators, Morgan-Evans says: “I think certainly for now, those combination carriers and main deck operators cutting back a bit, this creates a space for us to help customers and shippers find capacity. It’s definitely good for us,” he says.

The changing demand in passenger aircraft type is also an important factor he says, with the new A350s and B787s being smaller, lightweight aircraft with more limited cargo capacity than the B777s.

“When the B777 came out and became everyone’s number one choice on the passenger side it created a lot of belly freight capacity and it pretty much killed the DC-8 freighter market. All the Middle East carriers that have that capacity in their bellies wiped out the 40 tonne aircraft and I think now as we move into these more economical ‘plastic’ airplanes that carry less freight we’ll see a market for us to fill that gap.”

Another emerging trend identified by Batliwala is the move towards ‘controlled capacity’ whereby shippers and forwarders want their own dedicated aircraft on specific routes.

“There are many examples of this and although not new, I believe this is the trend going forward. This can be a dedicated B747 freighter once a week to China for example or a B737 freighter operating a specific route for a client every weekend. This can be short-term or long-term, the opportunities are there,” he says.

A recent example of this is the move by US-based forwarder, Flexport to operate a twice weekly B747-400F between Hong Kong and Los Angeles through Western Global Airlines.

In agreement, Morgan-Evans says this is one reason Air Charter Service has stepped up its presence with more offices in the Far East over the last year.

Although as Batliwala noted this captive capacity idea is not new, with Morgan-Evans agreeing saying this was the case at least 15 years ago, but faded in popularity.

“I think it’s now back again where forwarders are capturing capacity earlier in the year so they don’t have this problem in the peaks,” he says.

For HAE Charter, a strategy that is working well in this current environment is the provision of a combination services including pure charter, part charter and diversions, “which means as demand for full loads reduces, our solutions are still competitive and seen more and more as alternatives are sought to normal straight forward brokerage,” said Hutchinson.

Chapman Freeborn sees this as well, with Batliwala saying the air charter business is “becoming more and more a niche within a niche – simply buying/selling a charter is almost too easy.

“We have been diversifying our business for several years and looking at niche charter markets that complement our global network. For example, our group company, Intradco the animal transportation specialists owns its own horse boxes and cattle stalls and offer a complete package of aircraft charter, stalls and the knowhow, that is very rare,” he says.

And there are also niche products like on-board courier services which Morgan-Evans says has been performing very well for Air Charter Service. The company is also focusing on products that will increase their market share in the coming months 18 months, he says while declining specifics for commercial prerogatives.

“It is a project of mine to increase the number of industries that we are covering. We’re focusing on making sure we don’t become too focused on one thing.

“I’ve been in the business long enough now to know that you cannot rely on one industry, the natural fact in life is that every industry has their heydays and they have their bad days!”