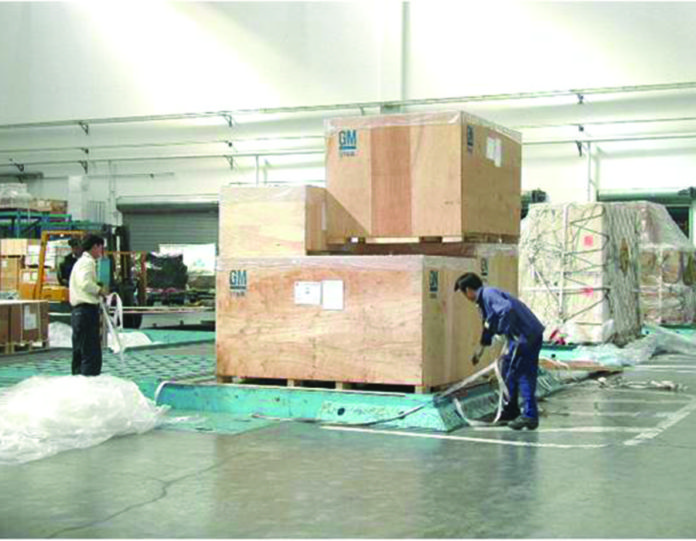 China’s central government has done well in adopting the needed policy and legislative framework to enable air cargo but some areas still need to be tackled although innovation by companies is seeing the sector power ahead.

Beijing has ratified the relevant international conventions needed to enable electronic air waybill (eAWB) and support development of the air cargo industry. However, gaps remain in implementation and deployment of much-needed customs capabilities.

To measure effectiveness of customs and border processes the International Air Transport Association (IATA) developed several measures, including the Air Trade Facilitation Index which China ranks 61st out of 124.

“China’s ranking is held back by lower performance of its customs capabilities despite having a good central government policy framework in place. In China, eAWB penetration and eFreight usage has increased significantly but scope for greater uptake in electronic processing remains, especially outside the main gateway hubs,” an IATA official who asked not to be named tells Air Cargo Week.

Whilst China is in pole position in terms of e-commerce (see other story) trade flows by air to and from China are dominated by the shipment of electronics and non-electrical machinery. However, increasingly food products and chemicals (including pharmaceuticals) are contributing an increasing share of the inflows to China.

IATA’s data highlights the continued prominence of electronics and non-electrical machinery in the trade carried by air.

The problem is not in the Big Three but elsewhere as “cargo facilities and customs capabilities across most airports lack the ability to handle full paperless processes and deliver on the seamless flow of goods that is essential for integrating into global value chains,” the IATA official notes.

China could help itself further by fewer customs restriction on transferring shipments and increased intermodal connectivity, particularly with the ability to move cargo by road feeder service, it added.

That said some Chinese firms are being innovative, highly so, to get round this. Special mention must go to JD.com for its head-on approach to problem solving and engagement with new technology.

JD.com, China’s largest retailer, online or offline, has done a deal the Shaanxi’s provincial government to build China’s largest low-altitude drone logistics network, the company said in a statement. A drone network solves many of these problems.

Other companies are into this as well but the scale of what JD.com is doing is a striking example of what is effectively going to be the future.

Within a 300 kilometre radius, the network will include hundreds of routes and drone air bases throughout the entire province for e-commerce shipments. It’s a huge step up from branded vans and scooters but maybe not as chic as JD.com’s white glove service.

This is just the beginning as the plan is for heavy load drones which would be able to carry as much as a ton. This would allow the transport high-quality products to remote areas and bring agricultural products to the cities, the company said in a statement.

“JD.com will be the first in the world to test drone delivery on this scale. We envision a network that will be able to efficiently transport goods between cities, and even between provinces, in the future,” Wang Zhenhui, CEO of the newly-formed JD Logistics says in a statement.

Not for nothing does Wang refer to the move as “a milestone not only for JD, but for the entire transportation industry.”

Other firsts include a research and development campus in partnership with the Xi’an National Civil Aerospace Industrial Base (XCAIB), where unmanned systems will be developed, manufactured and tested. This will be the first of its kind in China, and will include a global headquarters for JD Logistics, a center for unmanned systems, and a facility for JD’s cloud computing and big data operations.

Nor is JD.com alone in this and again the scale and the innovation of it is stunning.

Cainiao Network, Alibaba’s data-driven logistics affiliate, is to partner with Chinese carmakers including SAIC Motor and Dongfeng Motor, to manufacture one million green-energy delivery vehicles equipped with Cainiao’s AI technology. The issue is not so much the one million figure but the adaption of those vehicles to the new, big-data way of doing things

The carmakers will reduce electric delivery vans equipped with computer hardware and software based on Cainiao’s advanced big data and algorithms, providing drivers with optimal delivery routes based on real-time traffic and order information, company president Wan Lin said via the Alibaba website.

Cainiao’s route-planning system uses location information and AI, and drivers can interact with the software through voice recognition technology.

During a recent test of the system in Shenzhen in April, the technology cut vehicle use by 10 per cent and travel distances by 30 per cent, reducing energy consumption, operational costs and air pollution, the site added.

Rapid growth is expected to continue. “In the next five to eight years, the number of parcels in China may surge to one billion per day,” says Alibaba Group executive chairman, Jack Ma.

The innovation seem so far just might be the beginning of a major realignment of China’s air cargo industry.