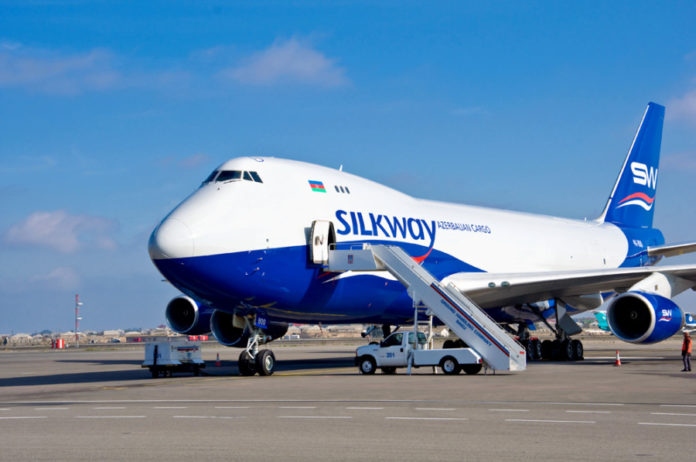 Silk Way is based in Baku, Azerbaijan, which Akhundov says is strategically located between Europe and Asia, and imports and exports span across all industries.

Oil and gas traditionally accounted for large portions of tonnage but other types of general cargo have seen significant increases while specialised products including pharmaceuticals and perishables are growing at a phenomenal rate.

Akhundov says: “This has been made possible through investments we have made in developing our state-of-the-art hub and logistics centre. By being able to offer customers special handling procedures and various cool storage options we have really started to see those investments pay off.”

E-commerce has also surged; Akhundov comments: “While it has been a long established in the West, e-commerce has significantly grown in this region. As such, Baku, more specifically Silk Way, has become the logical choice for many customers.

“As the e-commerce industry grows, Silk Way is obviously eager to maintain and expand those services and products.”

Business at Silk Way has been developing fast, with scheduled services experiencing double-digit growth in the first quarter of 2017, and the second quarter has also been successful.

Akhundov explains: “That growth was made possible in part by increasing both network and frequencies to and from destinations such as Chicago, Amsterdam, Zhengzhou and Hong Kong. With this additional capability and a continued focus on improving performance, Silk Way strengthened its market position in the major European and Asian air cargo markets which in turn led to such large gains in Q1.”

“When compared to 2016, the number of charter flight hours flown has increased by double digits for both the IL-76’s and the Boeing 747’s.”

It also has capacity on Azerbaijan Airlines (AZAL) passenger services.

Akhundov says: “With AZAL recently announcing their fleet expansion through the purchase of four new B787-8 Dreamliners, and with Silk Way’s efficient utilisation of AZAL’s lower deck capacities, we are anticipating an additional boost in significant growth of post and freight traffic in the region.”

He believes the outlook is strong, having welcomed the fifth B747-8F to the fleet in April.

Akhundov says: “Silk Way significantly increased its footprint using a dual strategy that increased our network on the main airfreight routes between Asia, Europe and the US while at the same time increasing our footprint on regional routes into Central Asia and The Middle East.”