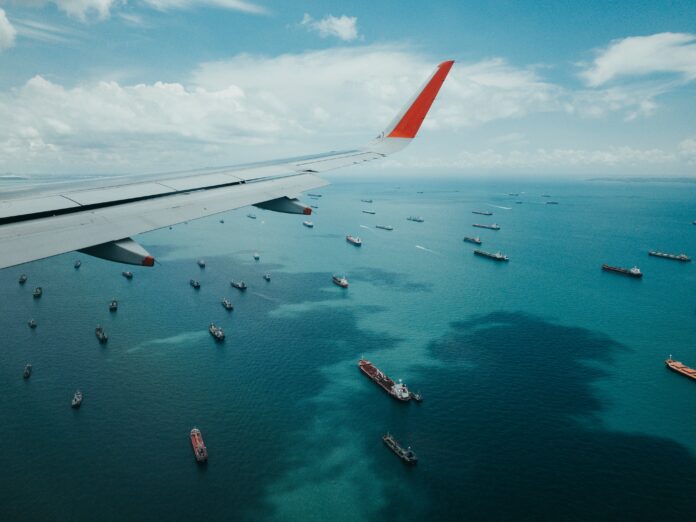 Global container shipping is closer to meltdown than at any time since World War 11. With repeated shutdowns of Chinese ports due to Covid outbreaks, the six-day blockage of the Suez Canal in March 2021 and reliability at an all-time low, there has never been a worse time to be moving goods across the oceans.

Don’t expect any early relief, warns Nicolas Moeller, CEO Far East at forwarder IFB International Freightbridge. He told an online webinar organised by IFB’s Irish partner Woodland International and the Irish Hardware Association on February 2 that ships were taking more than twice as long to make the voyage from China to the US or Europe. Empty containers are clogging up ports and now there is the prospect of a strike at the US West Coast terminals.

While the shipping industry has worked very hard to try and clear the backlogs, “it’s not going to change any time soon,” he said.

Likewise, analysts Sea-Intelligence warned in late January that problems at major US and European container ports had reached new heights, with little indication of improvement. European ports, in particular, were grappling with record congestion, while the situation in US ports was hardly better.

It’s not surprising then, that shippers have increasingly been turning from ocean freight to air, in search of reliability and to bypass seriously congested ports and scarce shipping capacity.

It’s important though not to overstate the significance of the shift from sea to air. The high seas have always carried vastly more cargo than airfreight; just four voyages by the world’s largest containerships would swallow up the entire annual tonnage handled at a major air cargo gateway like Frankfurt. The switch to air isn’t likely to trouble shipping operators too much, even if the problems continue into the longer term.

But looking at the issue from the airfreight industry’s perspective, even a tiny fraction of the world’s seafreight could mean a lot of extra business for carriers, at least in the short to medium term.

Keith Smaggasgale, branch manager at UK-based global forwarder Woodland Group says that there has been no universal move from sea to air. What he has seen, though, is “some clients switching some business from ocean to air on a case by case basis, with more enquiries coming through for areas where the container routes are congested.”

But, he points out: “A fair few airfreight routes have their own capacity issues, with the number of flights not yet back to where they were, and rates remaining high.”

While some commentators have suggested that the once yawning gap between seafreight and airfreight rates has lessened somewhat during the crisis, cost is still a major consideration, he continues: “As ocean rates increased, so did those on air; there is still quite a difference between the two, so those switching from ocean to air are doing so based more on service, than the rates.”

The reducing price differential between air and container transport, coupled with air freight’s speed and security, is making air cargo a preferable choice, adds Alexey Zotov, AirBridgeCargo Airlines commercial director. He cites the Freightos Baltic Container Index which shows that sea freight rates have increased more than six-fold in the last year, whereas air freight rates have ‘only’ increased 2.5-fold, according to World ACD.

However, the price factor should not be overstated. Indeed, as Markus Derndorfer, product manager global airfreight at Austrian forwarder Gebrüder Weiss, points out, some shippers have now changed back from air to sea because airfreight rates are simply too high.

ABC’s Zotov says he has witnessed a shift from sea to air throughout 2021, triggered by Suez Canal blockage and later propelled by sea container shortages and ports quarantines and shut-downs: “We have experienced more charter requests in Q4, especially for Boeing 747Fs., mostly for healthcare products including vaccines, project cargo, e-commerce flights and others.” The biggest demand was on the traditional trade lanes from China to Europe or the US and back. Gebrüder Weiss too has seen most air activity on these two routes.

Peter Penseel, chief operating officer, airfreight, at CEVA Logistics is also seeing a shift from sea to air – or even to ground transport including trains. Shipping costs are a part of the decision and, for some customers, “the decision to switch to air freight has been made easier because of the change in the gap between sea and air costs”. Shippers are switching to both scheduled and chartered services depending on their needs, “and we see customers switching to air on a wide range of trade lanes across our global network”.

Could the shift from sea to air become permanent, or at least long term? Ceva’s Penseel believes that, as long as current market conditions continue, “airfreight will be an option considered by some shippers.”

Keith Smaggasgale at Woodland says: “For those who have switched, they are likely to remain with air until such time as ocean transit times improve.”

However Gebrüder Weiss’ Markus Derndorfer rather doubts that the move will become permanent. The move to air “was driven by urgency”.