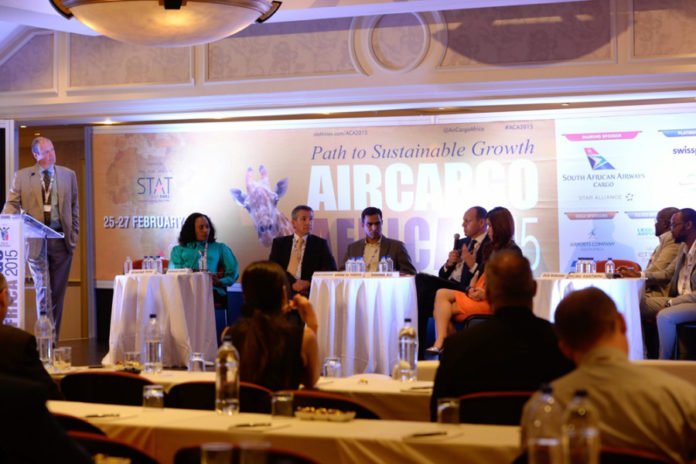 There will be much to talk about at Air Cargo Africa in Johannesburg, with five panels discussing issues including Africa’s potential and overcapacity, and forum sessions including pharmaceuticals and perishables.

Brussels Airport will host the Pharma Air Shippers’ Forum, “Pharma by air – establishing end to end integrity” at 14.00h on 21 February, looking at leveraging synergies in trade between Europe and Africa. The African pharmaceutical market is expected to be worth $65 billion by 2020 and 70 per cent is imported. The forum aims to get Belgian pharmaceutical exporters on board and offer them a platform to discuss the challenges and opportunities in the export and supply chain in Africa.

Brussels Airport was the first airport in the world where stakeholders became fully International Air Transport Association Center of Excellence for Independent Validators in Pharmaceutical Logistics, and was a founding member of Pharma.Aero, an organisation to create certified routes.

Overcapacity is a major issue in Africa with IATA reporting load factors falling by 4.8 percentage points in 2016 to 22.2 per cent, which will be the talking point for the second panel discussion, “Overcapacity and declining yield in a very volatile market: what is industry’s strategy to strike a balance?” at 10.00h on 22 February. Panellists will include Delta Cargo president, Gareth Joyce, OR Tambo International Airport general manager, Bongiwe Pityi and Siginon Aviation managing director, Meshack Kipturgo.

At 11.45h the spotlight will be on freighter forwarders in the “Freight forwarders, the critical link in the air cargo supply chain: Will the current model continue to work in the future?” with panellists including Kuehne + Nagel senior vice president – products & services – air logistics, Marcel Fujike and Cargolux Airlines International regional director – Africa, Jonathan Clark.

Frankfurt Airport will be hosting the Automotive Shippers’ Forum, “Auto & auto components by air – accelerating speed and reliability” at 14.15h on 22 February. Airfreight is essential for the automotive industry for just-in-deliveries and lean inventories, providing opportunities including moving components for production lines, aftermarket spare parts and even complete new cars.

The Air Shippers’ Forum will be Humanitarian Relief Cargo, “Humanitarian aid by air – delivering support right time, right place” hosted by Liege Airport at 16.00h on 22 February. According to a United Nations report, at least $40 billion in humanitarian aid is needed annually to help victims of natural disasters and conflicts worldwide but the world only spends $25 billion a year on securing and getting food, water, shelter, medical supplies and other emergency resources to far flung regions.

Liege Airport plays an important role in providing relief cargo, for example, in December 2016 it waived 50 per cent of the landing fee for Panalpina’s relief flight to Chad, when more than 80 tonnes of UNICEF aid flew to N’Djamena.

The final day will feature two round tables, “Trade Agreements: what’s there in them for the African air cargo industry” and “Innovations in cargo delivery: from drones to UAVs to airships”.