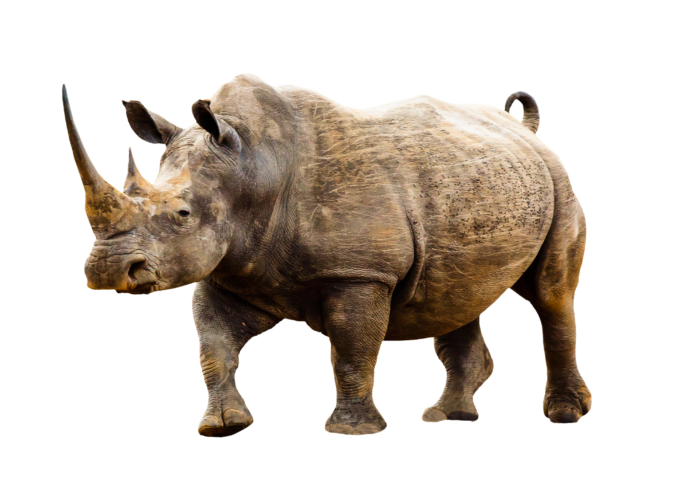 On September 22, 2021 – World Rhino Day – airports and airlines across the world came together to denounce the illegal wildlife trade and voice that they are on their guard against smuggling attempts.

Over the last decade, almost 10,000 rhinos have been poached in Africa to fuel international demand for their horns. World Rhino Day provided a significant opportunity to focus attention on the illegal wildlife trade, its threat to species survival and what can be done about it. According to the UNODC (United Nations Office on Drugs and Crime), rhino species are just five of the 6,000 species impacted by the illegal wildlife trade.

A video which features aviation companies from South America, Africa, Asia and Europe is part of the Step Up to Stop Wildlife Trafficking campaign, run by the USAID Reducing Opportunities for Unlawful Transport of Endangered Species (ROUTES) Partnership and United For Wildlife, a charity created by The Royal Foundation of the Duke of Cambridge.
“Wildlife trafficking impacts air transport in every region of the world, and the aviation sector plays a key role in being part of the global solution,” remarks Crawford Allan, Leader of the ROUTES Partnership. “With this campaign, we celebrate aviation companies that are actively working to end illegal wildlife trade.”

Since the ROUTES Partnership began operations in 2015, it has engaged with airports and airlines worldwide to offer training, data and resources to support law enforcement in disrupting the illegal wildlife trade. The worldwide nature of this work is highlighted in the video with stakeholders in many different countries that are working hard behind the scenes to keep the illegal wildlife trade out of the skies.

By joining together to say “it doesn’t fly with us!” these companies are making it known that they do not tolerate wildlife trafficking. And it goes beyond just words, as companies describe some of the actions they are taking to build defenses against illegal wildlife trade, such as training staff to detect smuggling attempts and assessing which flight paths are most frequently used by wildlife criminals.

A significant step airports and airlines can take in this fight is signing the United for Wildlife Buckingham Palace Declaration.

This agreement commits members of the transport sector to take defined steps to combat illegal the wildlife trade.

Juliana Scavuzzi, senior director, sustainability, environmental protection, and legal affairs at ACI World says: “We celebrate airports’ wildlife trafficking prevention efforts. This crime can affect the sustainability of the aviation sector and the communities it serves.
“Multisector collaboration such as this can support the UN Sustainable Development Goals while protecting biodiversity, preserving economic livelihoods, maintaining the rule of law and helping to avert the emergence and propagation of zoonotic diseases.”