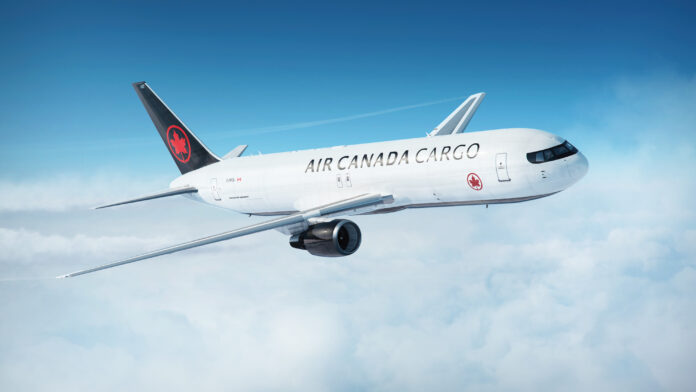 Air Canada issued a media release for its Q1 2022 results: Air Canada Reports First Quarter 2022 Financial Results. Jason Berry, vice president, cargo, at Air Canada stated: “I am thrilled that Air Canada Cargo continues to be one of the fastest growing cargo carriers year over year thanks to the strength of Air Canada’s global network and the addition of dedicated freighter capacity.

“With the aircraft that had been temporarily converted to carry cargo in the cabin returning to passenger service, we are happy to now have two converted Boeing 767-300BDSF freighters in operation. Along with an enhanced freighter schedule, this will allow Air Canada Cargo to connect more destinations with direct freighter capacity for our forwarding partners, whom I thank for their continued loyalty,” said Berry.

Air Canada today also announced the acquisition of two new, factory-built Boeing 767-300F freighters. The two new aircraft are to be delivered this year and will be in addition to the eight 767-300s that are being converted for cargo operations.

“Since their entry into service, our Boeing 767-300BDSF freighters have proven their value to Air Canada and Air Canada Cargo. Today’s announcement is a further signal of our long-term commitment to freighters as we continue to adapt and grow at Air Canada Cargo. These additional factory-built 767-300F aircraft will allow Air Canada Cargo to speed up the expansion of its freighter fleet, helping provide reliable, dedicated service to key cargo routes around the world, further bolstering the capacity provided by Air Canada’s mainline fleet,” said Berry.

Its Boeing 767-300 freighters allow Air Canada Cargo to offer five different main deck configurations, increasing the overall cargo capacity of each aircraft to nearly 58 tonnes or 438 cubic metres, with approximately 75 per cent of this capacity on the main deck.