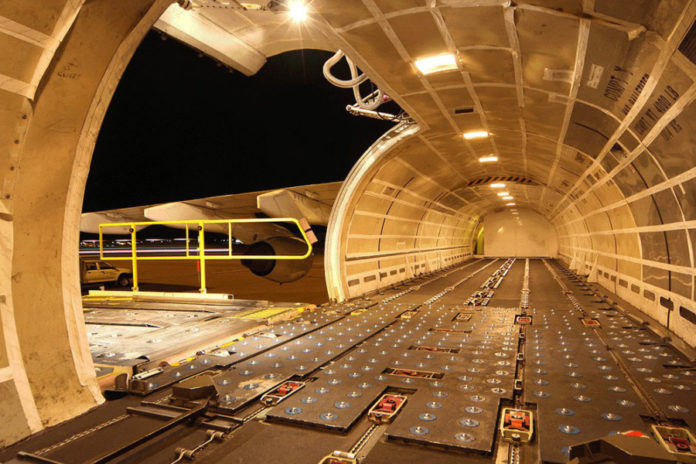 Jota Aviation has taken delivery of the first of four BAE 146-300 QT Freighter aircraft in a multi-million dollar deal to increase its market share.

The aircraft, registered G-JOTE will enter service for the London Southend Airport-based company on 1 June 2018 with an additional three joining in late 2018, to be made available for long or short term contracts, ACMI for other cargo operators or ad hoc charters operating under Jota’s AOC.

Jota Aviation says it is looking to develop a wider customer base in both contract and ad hoc markets, targeting sectors including courier, mail distribution, automotive, spares manufacturing and livestock.

The aircraft are larger -300 variants, originally built for freight use, and they have a maximum payload of 13.5 tonnes and a useable volume of over 100 cubic metres.

Head of commercial Mike Sessions says the aircraft fills the gap between ATR72 and older BAE ATPs and the Boeing 737.

He says: “Offering these unique freighter aircraft to the market, we are able to deliver a load that is more voluminous, heavier, faster and more efficient than that offered by smaller aviation cargo companies.

Introducing dedicated freighter aircraft will save customers valuable time, give us a wider scope of opportunities and provide more diversity in our business, keeping us busy throughout the seasons.”

The 146-300QT is noise compliant and able to operate at most airports at night including smaller regional airports.

Jota Aviation chief executive officer, Andy Green describes the delivery as a “very exciting chapter” in Jota’s development, saying these aircraft have never been available on the open market before having been owned and operated by TNT on their overnight network.

He says: “The palletisation is fully compatible with overnight integrators and postal systems, unlike the QC (Quick Change) variants, previously offered on the market (and not such a popular choice). These offer the perfect option between the turboprops that offer around 50 cubic metres, and the B737-300 that offer 130 cubic metres.”