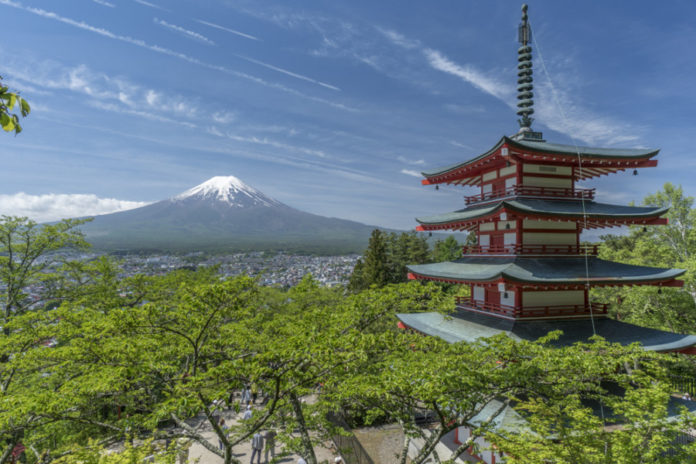 Lufthansa has recorded a 27 per cent increase in capacity to Japan in the last 12 to 18 months both in freighter and belly to destinations including Tokyo Narita and Nagoya. It has also launched two new weekly freighter movements to Osaka. Lufthansa said the “metal neutral” strategic partnership with All Nippon Airways has boosted performance.

“With ANA we are jointly selling perishable and pharmaceutical capacity and customers have really responded to our services,” said Lufthansa director of sales and handling, Michael Vorwerk.

“Market demand has also picked up in the last two years both to and from Japan. It was initially driven by capacity issues in ocean freight which meant that some new commodities such as rubber for car tyres came over to airfreight. Demand to fill inventories in Europe, especially Germany, has also led to more movements of machinery and automotive parts such as gear boxes. We have also seen increasing demand from South America for car manufacturing.”

On the imports side Vorwerk states that more demand from Japanese consumers for high-fashion brands from Europe, as well as consumer goods including wine, has helped.

Concerns facing ANA include striving to improve the load factor and yield in the intra-Asian market as well as President Trump-led ‘trade wars’.

“Although we don’t see any negative impact resulting from global trade at this moment we will pay close attention to trade policies and trends related to industries such as automotive and hi-tech.”

ANA expects to see sustainable growth especially in the Asia to North America market in the coming months focusing on next-generation products such as semiconductors and other electronic devices around the Internet of Things, AI and automotive.

As a result, in March it announced that it is introducing two new Boeing 777 freighters to transport oversized cargo and special items such as aircraft engines, semiconductor manufacturing equipment, lithium batteries, and pharmaceuticals in large quantities. Delivery is scheduled for 2019.

“Japanese customers expect a lot, they are demanding, and the airports cater to that demand,” says Finnair Cargo managing director, Janne Tarvainen.

“There is a culture in place that demands high standards, perfection even. I think that has contributed to our volumes and success too. They understand that we are also sticklers for perfection and attention to detail.”

Finnair, which is one of the largest European airlines out of Japan by belly capacity, is continually increasing its volumes to and from the country. It now flies double daily to Tokyo Narita with three new weekly frequencies. Osaka and Nagoya are served daily, and Fukuoka has three weekly frequencies.

“We are carrying a lot of consumer electronics and perishables, for example salmon to Japan,” adds Tarvainen.

“Demand for fresh high-quality seafood produce from Norway is booming and set to continue growing. This is a huge market and we’re a key player because of our temperature-control expertise seen at our new COOL terminal and the simple fact that the quickest way for seafood to travel from Norway to Asia is through Helsinki. We have some of the fastest times in Europe to Japan and we’ve invested in a new massive €80 million terminal that includes dedicated 3000 square metres of space for perishables in Helsinki.”

Other operators are also revelling in Japanese growth. Polar Air Cargo Worldwide has recently announced new Boeing 747 freighter services to Japan from Cincinnati whilst Cargolux has added Narita to its network through a code-share cargo flight agreement with Nippon Cargo Airlines.

It sees a new weekly flight between Luxembourg airport and Narita. Nippon Express has recorded a 29.3 per cent rise in international airfreight exports handled in the last 12 months. This was again driven by electronic components, semi-conductor devices, automotive, medical equipment and food.