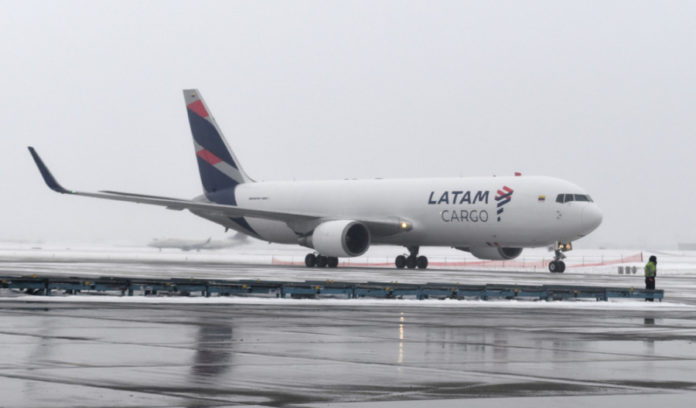 LATAM Cargo has opened a direct link from Chicago to Campinas, Brazil cutting transit times to less than 17 hours.

The Wednesday and Sunday Chicago-Campinas route will have the capacity to carry 100 tonnes per week using a Boeing 767-300 Freighter.

Chicago is the 7th gateway to the US, together with Miami, Orlando, New York, Boston, Los Angeles and Huntsville using both passenger and freighter aircraft.

He says: “Many sectors will be benefited by this new route, which is confirmed by the interest the market has shown in being part of this new destination. Our clients trust us because of our experience and commitment with a service of the highest of standards, assuring the quality of their cargo at all times.”

Fish including salmon will be transported on the route, with Chilean exports to Asia increasing from an average of 37 tonnes a week in 2014 to 700 tonnes in 2018.

Andres Bianchi, CEO of LATAM Cargo says: “Chicago is a key gateway in the United States and an ideal connecting point to Asia. Our new flights to and from the city provide our customers with access to key destinations and improved transit times. As the leading carrier in South America we are committed to improving connectivity between the region and the world while providing customers with more alternatives to reach their goals.”