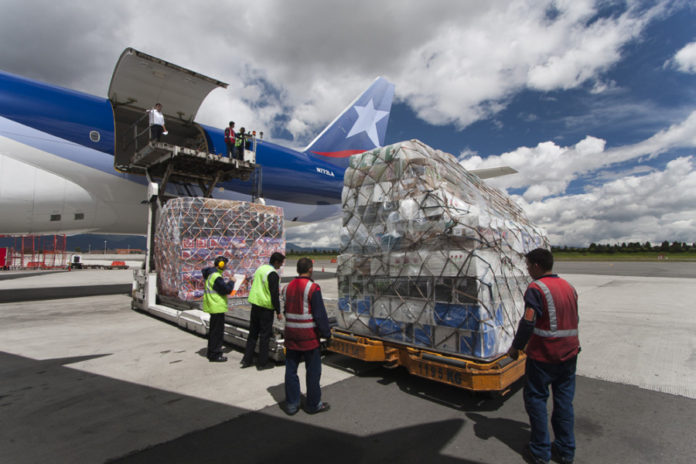 LATAM Cargo has transported over 9,000 tonnes of flowers in the run up to Valentine’s Day, representing 21 per cent of the Latin American flower market.

Over 140 cargo flights departed from Ecuador and Colombia between 16 January and 7 February, with Bogota – Miami volumes reaching 900 tonnes per week and 1,500 tonnes flew from Quito to Miami.

LATAM Cargo commercial manager of North and Central America, Felipe Caballero says: “LATAM Cargo has had a successful season, delivering the flights necessary to meet the demand of all our customers, as well as providing the necessary resources in our origin and destination warehouses, which are fundamental in this demanding time of the year.”

He adds: “For LATAM Cargo, the flower market represents a significant part of our cargo operations in Colombia and Ecuador, accounting for about 57% of the cargo we transport annually from Latin America to North America and Europe, through weekly operations from Medellin, Bogotá and Quito.”

Cargo aircraft departed Bogota and Medellin in Colombia and Quito in Ecuador, with the US and the Netherlands principal destinations, with the majority of shipments landing in Miami.

LATAM transported approximately 7,500 tonnes to Miami International Airport, representing over 80 per cent of the flowers transported by the group, with 90 per cent staying in Florida and 10 per cent moving onto other parts of the US such as Los Angeles.

LATAM Cargo launched its new product portfolio in 2016, including PERISHABLE, offering temperature-controlled warehouses throughout the network, temperature programming in the holds of cargo and wide-body passenger aircraft as well as more efficient reception and delivery times for cargo.

LATAM Cargo chief executive officer, Cristian Ureta says: “One of the fundamental aspects for transporting flowers and other types of perishable goods is the cold chain. Our PERISHABLE product is based on a temperature control throughout the logistics chain to maintain and ensure the quality of the product.”