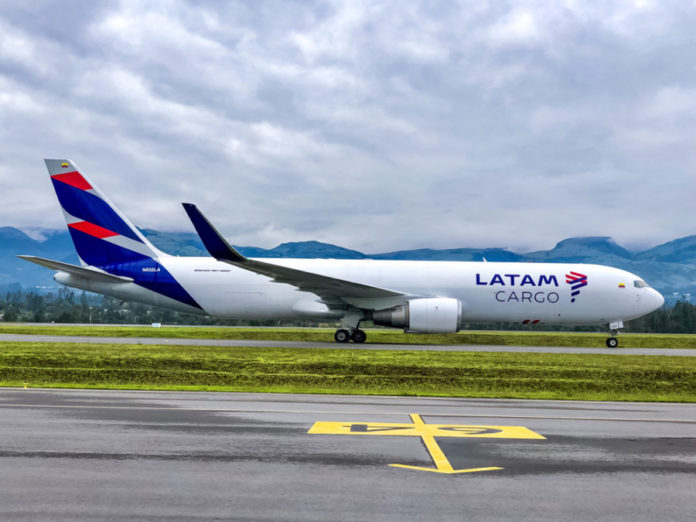 The group will receive a second freighter this year with a third joining the fleet in 2020 as part of the company’s strategic plan to replace 777Fs with 767-300Fs.

Andres Bianchi, CEO of LATAM Cargo says: “This new addition to our fleet strengthens our presence in Latin America by reinforcing our cargo operation and supplementing our passenger network. This aircraft, together with the other two B767BCF that will be delivered over the next two years, clearly attests to LATAM’s commitment to the region’s cargo markets.”

LATAM Cargo says the 767F will allow the airline to better adjust its itineraries to the size and seasonal fluctuations of the South American cargo markets and give greater flexibility in terms of routes and operating frequency.