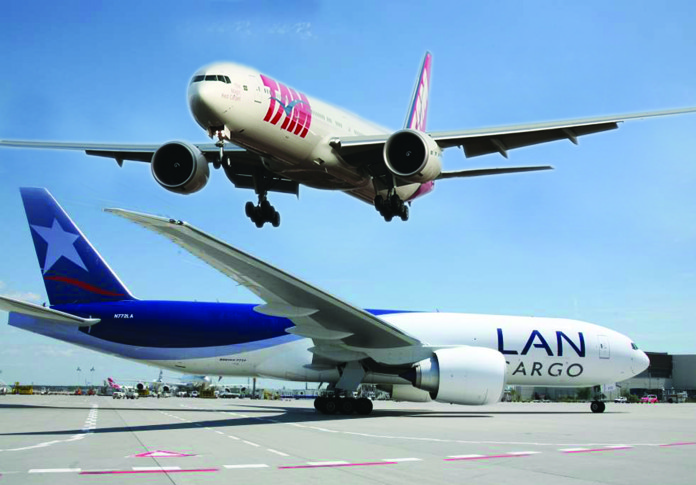 The Brazilian market, both domestic and international, was particularly badly hit, the group reports.

The group-wide cargo load factor fell seven percentage points to 50.4 per cent. LATAM is continuing to adjust its cargo capacity through a reduced freighter operation, which resulted in a decline of 0.4 per cent of cargo available tonne kilometres in July.

LATAM Airlines Group came about in 2012, following the merger of LAN Airlines and TAM Airlines. Having spent the first three years of its life focusing on network optimisation and fleet restructuring, the group has turned its attention to branding. LATAM will bring together all of the LATAM Airlines Group carriers, including LAN CARGO, LAN CARGO Colombia, ABSA (TAM Cargo) and Mexico-based Mas Air.

Changes to the corporate image will occur over the next three years, LATAM says.