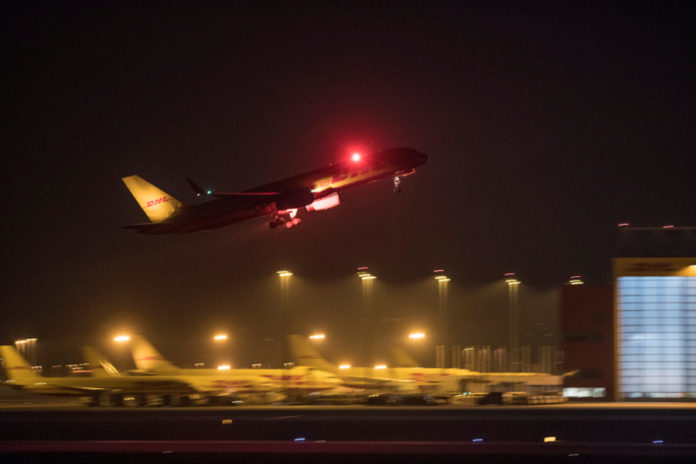 Airfreight volumes at Leipzig/Halle Airport continue to go higher and higher with 12.3 per cent growth from January to March.

Leipzig/Halle registered 8.2 per cent growth in 2017 to 1.14 million tonnes, with cargo volumes multiplying by a factor of more than 11 during the past 10 years.

Managing director of Leipzig/Halle Airport and spokesman for the board of Mitteldeutsche Flughafen, Johannes Jähn says: “The significant growth in freight volumes underlines the potential at Leipzig/Halle Airport, which offers ideal conditions for air traffic and logistics companies as a multimodal base at the heart of Europe.”

Volumes handled by DHL are the primary driver of growth at the airport. The company has had the largest hub in its global network at Leipzig/Halle since 2008, and has invested €655 million in construction work.

PortGround offers logistics, ground handling and cargo services at Leipzig/Halle and Dresden Airport as a subsidiary of Mitteldeutsche Flughafen.