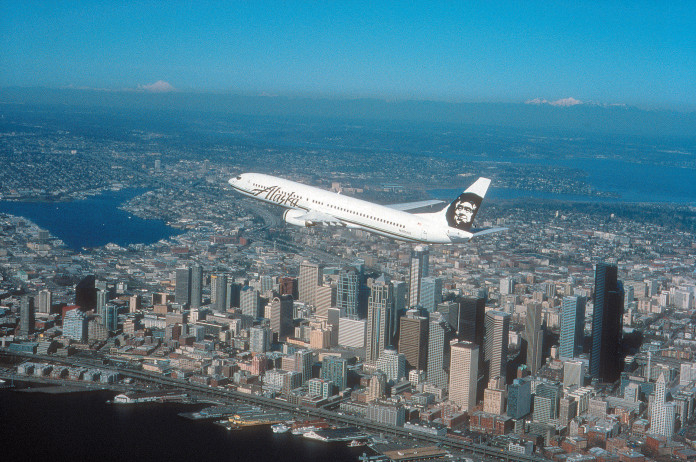 A lithium battery forced an Alaska Airlines flight to make an emergency landing days after the US Federal Aviation Administration (FAA) issued a warning about the risk of fires from the cargo.

A credit card reader which is used as the point-of-sale for onboard purchases of food and beverages, began to smoke in the cabin of the aircraft.

Reports in the US claim the phablet-based GuestLogix card reader was powered by a lithium ion (li-ion) battery. It was a new device just introduced on Alaska Airlines aircraft.

The carrier says while there were no flames at any point during the flight, the crew did use a fire extinguisher to stop the device from smoking while the captain made arrangements for the emergency landing in Buffalo, in the US state of New York.

Media reports in the US claim in response to the incident Alaska Airlines has now removed all of its electronic credit card reading machines from its fleet for inspection.

This again highlights the safety concerns from the risk lithium batteries pose on aircraft.

The incident took place two days after the FAA issued a Safety Alert for Operators (SAFO) warning on 10 October on the carriage of spare lithium batteries in carry-on and checked baggage – including baggage checked at the gate or onboard the aircraft.

“Lithium batteries present a risk of both igniting and fuelling fires in aircraft cargo and baggage compartments,” the FAA explains in the SAFO.

The FAA also backs an international ban of the batteries as cargo on all bellyhold airlines entering or leaving the US.

It wants carriers to prohibit the batteries from checked bags and remind passengers at check-in and when buying tickets not to pack them.

In July this year, Boeing advised airlines not to carry large quantities of li-ion batteries as bellyhold cargo until improved packaging is developed.

The aircraft manufacturer sent guidance to carriers urging them not move the batteries as cargo “until safer methods of packaging and transport are established and implemented”.

This year, Cathay Pacific Cargo, Qantas Freight and Emirates SkyCargo were among carriers banning the carrying of batteries on freighters.

From 1 January, lithium metal batteries were restricted to freighters when by themselves.