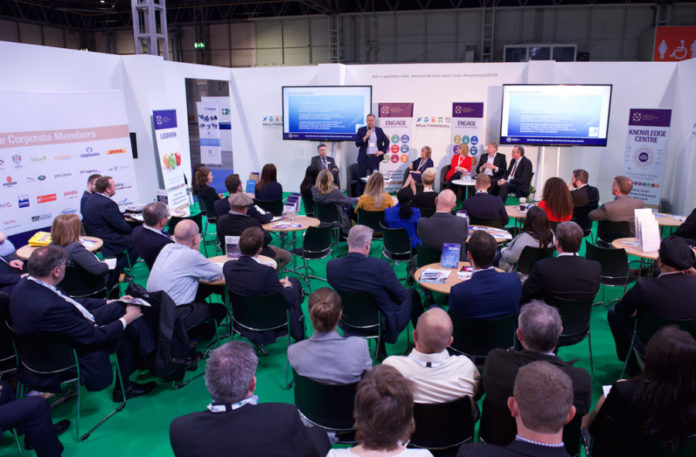 Logistics firms at targeting students as young as 14 to create more interest in the profession and fill the staffing shortfall in the future.

According to Career Ready head of logistics, Ian Nichol the industry is expected to need an additional 1.2 million employees by 2022 and though it has a ready made training programme, the industry needs to channel its knowledge and enthusiasm, as few people understand what the logistics industry is.

Speaking at Multimodal 2018 in Birmingham, Nichol says: “Too many people think that it’s about driving trucks and working in sheds, and there are a lot of parents who don’t want their kids to go into that profession.”

Chief executive officer of executive recruitment consultant Bis Henderson Group, Andy Kaye says there is an ageing population and the industry does not have the skills to take it into the future.

He says: “25-33 per cent of employees are nearing retirement age while at the same time the logistics industry is one of the fastest-growing sectors of the economy. The way we manage our lives now with e-commerce means that logistics and supply chains support the growth of the wider economy.”

Kaye questioned how the industry gets people to understand and says the sector has done very little to attract new talent.

He launched the NOVUS programme, an industry led grouping that has organised a series of logistics degree courses in cooperation with Huddersfield University.

NOVUS operations manager, Bethany Fovargue, a former primary school teacher who says that while many previous efforts had concentrated on potential graduates and school leavers, the critical age group for employers to attract potential recruit was now in the 14 year old range, but the industry suffers from people not understand its function.

She says: “We know that young people want to study business – what we need to do now is to take their concept of what business is and turn it into supply chain management, and we want to do that at a younger age than previously so that children develop a burning desire to become logisticians.”

Though the UK government’s apprenticeship Trailblazer scheme was expected to address some issues, PD Port’s Portcentric Logistics Director, Jim French says less than 10 per cent of the funds paid in by the freight industry have been drawn out to fund new apprentices.

He says: “In the last 12 months since the levy was introduced, the logistics sector contributed £83 million but has drawn out just £4.8 million.

“The problem is that the industry is so fragmented that a lot of smaller companies aren’t paying the levy at all, while many of those who are, are not drawing any of the money out.”