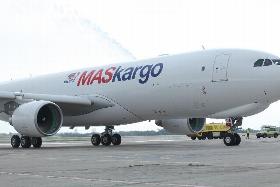 Malaysia Airlines has made a third quarter loss of 575.6 million ringgits ($167.5 million), bringing its total losses for the year to 1.3 billion ringgits.

The airline says: “Malaysia Airlines continues to struggle despite efforts to reduce financial bleeding. Certain markets, particularly China, continue to pose challenges to return to previous levels.” It says results were affected by the loss of its Boeing 777 on flight MH370, which disappeared in the Indian Ocean in March and its second 777 on flight MH17, which was shot down over Eastern Ukraine in July.

In August, it was proposed that Malaysia Airlines should be privatised, which was approved on 6 November at its general meeting. “With the privatisation and transformation of Malaysia Airlines continuing to gather pace, the Group remains focused on driving revenue through aggressive marketing and promotions, better capacity management and optimising asset utilisation.”