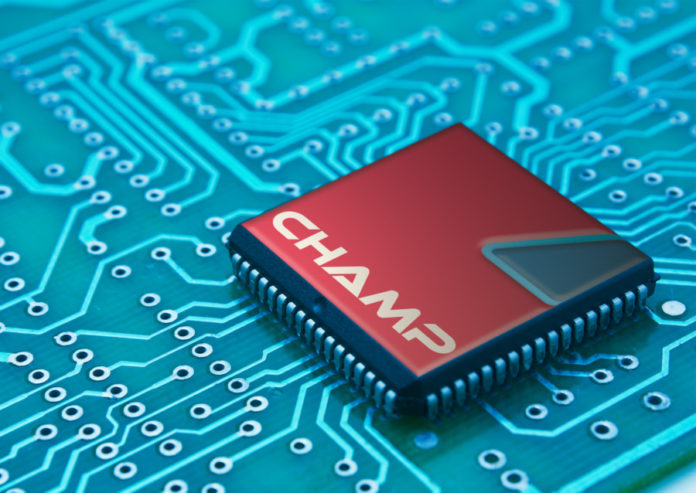 One of the hidden strengths of Luxembourg is it is indirectly helping push the air cargo industry towards fuller digitisation, writes Michael MacKey.

“They do encourage innovation in the IT sector. It’s a very IT-friendly country to be in,” said CHAMP Cargosystems, VP global sales and marketing, Nicholas Xenocostas. CHAMP is a 51/49 joint venture between SITA and Cargolux.

CHAMP uses what Luxembourg offers to provide IT services to the main stakeholders in the air cargo community: airlines, ground handlers, freight forwarders, general sales agents and airports. And nothing else.

“We are very focused on the air cargo sector. This is our key focus, We don’t have any distractions,” Xenocostas told Air Cargo Week adding it would stay that way.

This cuts out CHAMP’s market for it even though there are sometimes problems in the shift over to a digital industry. One is the industry wide uncertainty, or maybe just lack of understanding, about the advantages of digitisation and automation. The latter is a big, sprawling field covering robotics, Bluetooth and one specifically mentioned by Xenocostas: a prototype near-Bluetooth for ULD tracking.

Another problem identified by Xenocostas is the tech is becoming available faster than it is being implemented. “There is a disparity,” he says.

Complicating this is the issue of upstream and downstream compatibility and different standards to factor in here.

That said things are changing – albeit not as fast as some would hope. As Xenocostas points out the majority of stakeholders do have a level of implementation with even what could be termed fragmented sectors such as the many, many small freight forwarders are seeing progress.

“I think there is a lack of technological uptake but it’s happening,” he says. There is also a regional twist to this with Asia which tends to be the star of the class when looked at in terms of the implementation of IATA’s e-AWB being joined by South American countries. “I see a big uptake of ground handler looking to automate,” says Xenocostas of South America.

The company is also seeing a similar turn of events in North America. There is though seemingly some way to go before those regions catch up with Asia. IATA lists four Asian carriers in the top ten for use of e-AWB. These are Cathay Pacific, Singapore, Korean and China Airlines with Asian airports such as Hong Kong, Changi and Pudong dominating.

By sector, the other market starting to move is shippers who are increasing keen to offer their customers visibility especially in the high-yielding pharma and high value goods sectors, he added. Also having an impact is e-commerce which is driving demand for portal services.

One issue CHAMP has identified with all this is what Xenocostas referred to as resistance-to-change management. This makes itself felt in two ways management does not step back and look at how it can do things better. Or, alternately, loads up on new tech but uses it in the same way. CHAMP can help with consulting for the former and does training for the latter.

Curiously for a tech company its training approach is a 50:50 mix of online and face-to-face. “We bring customers to our premises” says Xenocostas.

What should be pointed out is whilst CHAMP is headquartered in Luxembourg it has several offices throughout the world so those premises are nearer than thought.

It has a strong global footprint with its services present in over 100 countries, although it is weighted towards Asia-Pacific and the Middle East North Africa and Europe.