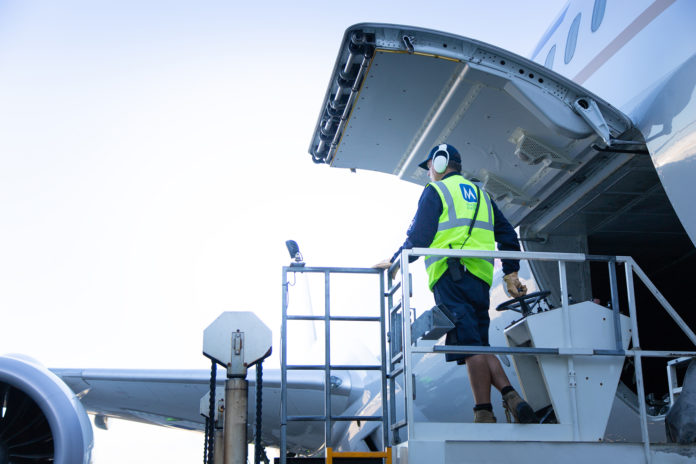 Menzies Aviation has announced that it has won new cargo contracts with United Airlines, at Sydney and Melbourne Airports, as well as renewing ground handling contracts with the airline at the same stations.

The agreements also include provision of services at Brisbane should United flights resume there.  These new contracts mean that Menzies now provides handling services to United Airlines across all of its Australian network.

From late May, Menzies will begin its cargo partnership with United Airlines at Sydney and Melbourne, providing full cargo handling services to the airline for the next three years. These new contracts represent further significant growth for Menzies’ highly successful cargo operations at the two largest airports in Australia.

The renewed ground handling contracts will see Menzies continue to support United Airlines with passenger and ramp handling over the next three years at Sydney and Melbourne, building on the successful relationship over the last 14 years.  Menzies’ relationship with United Airlines now spans over 40 airports globally.

Alistair Reid, executive vice president, Oceania & South East Asia, commented: “We are proud to see our relationship with United Airlines go from strength to strength, as a key customer for Menzies not only in Australia but globally. The Menzies teams at Melbourne and Sydney have provided a consistently excellent service over the past 14 years, which has laid the groundwork for our new cargo agreements. We’re looking forward to commencing our cargo services for United and growing this successful partnership”.

Beth Mohr, senior category manager – procurement, United Airlines, said: “United is pleased to extend our ground handling agreement for another three years and we look forward to expanding our partnership with Menzies to include cargo”.