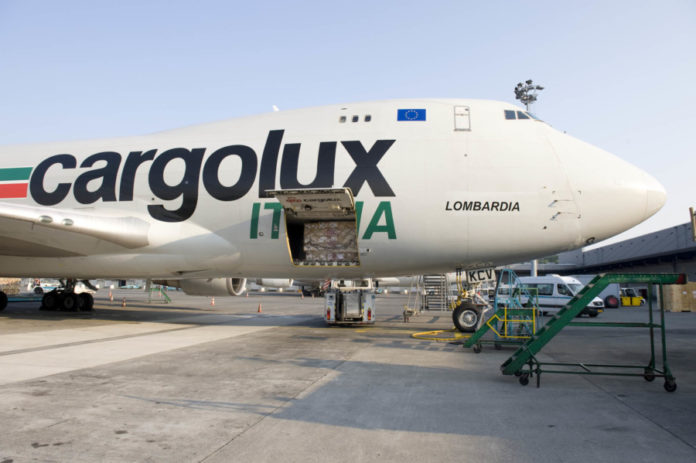 Cargolux Italia is planning on increasing freighter frequencies between Milan and its new hub in Zhengzhou (China).

The Luxembourg carrier is targeting more services into the city where it launched its new venture – Cargolux China.

Asia is where its sees growth and Cargolux Italia sees the ripest opportunities to be picked in Japan and China.

A spokesperson for Cargolux Italia explains to Air Cargo Week in the first quarter of 2016, it has flown more block hours compared to the same period in 2015.

He adds: “However, tonnage and load factors went down due to the slowdown in the business, especially during the Chinese New Year and because of the poor performance of imports from Asia into Italia and Europe.

“If we consider the performance out of Milan Malpensa Airport for airfreight, we have achieved a share of 6.2 per cent in total and have outperformed the market with a growth of 10.6 per cent and market share of about 15.9 per cent. It should be noted that export is growing by 10 per cent but import only at one per cent.”

The Milan market is performing well, especially for exports, increasing by 10 per cent in the first two months of 2016, the carrier notes, using International Air Transport Association CASS statistics.

The main cargo types unsurprisingly from Milan are luxury fashion goods, and cars, both synonymous with Italy and traditionally strong exports goods for Cargolux.

Cargolux Italia is now the number one cargo carrier in Italy and says Milan Malpensa “grows with Cargolux”, adding: “We are part of the development here and the airport’s new cargo infrastructure will certainly bring benefits to all parties.”

The Italian arm of Cargolux enables the overall Group to grow and expand globally. The carrier explains: “Cargolux Italia is an integral part of the Group’s strategy and represents a solid reality in the Italian freight market since 2009. It secured a solid presence for the Cargolux Group in Italy and is a prime example of the sound strategy that is growing Cargolux into a true global operation with multiple hubs.

“With our successful expansion since 2009, as well as the destinations that Cargolux Italia now operates on behalf of Cargolux, we significantly contribute to the economic success, the sustainability of the network, the business and, ultimately, to the healthy bottom line of Cargolux.”