United Cargo is looking at finding a feeder partner with a carrier into Vietnam and may also seek to find one to the Middle East from Europe.

This comes after the carrier enhanced its cooperation with Lufthansa in December last year to include cargo operations on routes between the US and Europe.

United Cargo president, Jan Krems tells Air Cargo Week: “What we try to do is look at opportunities where we can optimise the network we have and see where we can find different places where we can feed into our network. We are looking at Vietnam and if we can we a find a partner that can be a feeder to Japan for example and also feed into the rest of the world.

“Or maybe we can we find partners to feed from the Middle East into London where we have 18 flights a day to the US as that network is not full as there is so much capacity. We try to play that game a bit and find different markets to go to our hubs and to the rest of the world.”

Krems says United is also always looking at opportunities to optimise its network by using freighter capacity on other carriers and has been looking at this for the pharma industry in San Juan (Puerto Rico) and flowers from Ecuador and Colombia to fly into Houston.

The former Air France KLM Martinair Cargo vice president of the Americas is happy with the carrier’s model: “I would never have a freighter, but I like to have access to freighter capacity, which helps a lot but I would never own freighters.

“I love to have an outsourced model (for freighters) and a mixed model with our own people and supervision (on freighters). Then at least we have our power to run it. We like a hybrid model and being flexible is good, but having our own supervision, as we want to keep our quality.”

Cuba is a market firmly on the radar and United is looking at what kind of handling facilities it can run as it gets set to fly from various locations in the US. It’s main cargo hubs to the island are set to be Houston, and Newark.

Krems says: “Cargo wise we will be one of the first to be there, but will make sure we operationally have the right partners to do our handling and we must look at whether we will go with our own sales team or have a GSA partner. We will be there in the right way with local people and set-ups – we can switch that overnight as are good enough to do that.”

As for overall business, Krems says China has been tough and the usually strong period after Chinese New Year on 8 February was slower and he notes 4,000 factories were closed for four to five days after the celebration.

He adds: “A lot of companies are moving away from China. We were in Vietnam two weeks ago and we see that boosting, but there are some pockets and countries (Asia) where it is good.

“Japan is important market and China where we have 50 flights a week. We are the biggest US carrier for China, but it is tough, and more and we have 18 flights a day out of day out of Japan. We try to find feeders in the area into Japan and China to fill the flights as much as possible.

“In general, excluding the US, volumes are there but the yields are under pressure, and with the fuel prices low, freighters are coming out of the desert – giving a 6-7 per cent capacity increase.”

Krems says Asia is very important, while South America is performing well and United is good in Chile, sees Brazil coming up again, but Argentina is a bit mixed.

As for the European market: “Europe is tough due to exports from Europe because of the strong dollar. We thought because of the high dollar there would be imbalances there, but strangely that is not happening – at least volumes wise in and out of the US to Europe and back is not bad – but the yields again and revenues are tough.

“Germany the biggest market is still ok, but there is a lot of pressure on rates and yields – the UK is tough as there is so much capacity and because of the low rates.”

United’s route expansion is set to continue with new flights to Asia, Europe, and the carrier will soon add a new flight to New Zealand, but the main strategy will be to build on what it is already strong at.

Development in the US domestic market is top prority and it will soon operate 19 widebody aircraft from East to West and West to East, thereby expanding capacity in the US. Krems says this will enable it to grow, as it will allow United to better feed Asia from other parts of the US in the West and from Europe into the East.

Investment in facilities will also take place such as new cool chain centres and the carrier has just opened a centre at Newark, and is working on new centres at Chicago and San Francisco.

Krems says United’s PetSafe product continues to thrive and it now transports 500 pets a day and around 200,000 a year. He says United is working on other products, but does not want too many and wants to focus on a few – making sure they are best they can be.

United certainly looks set to grow further in the years ahead. 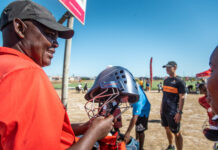