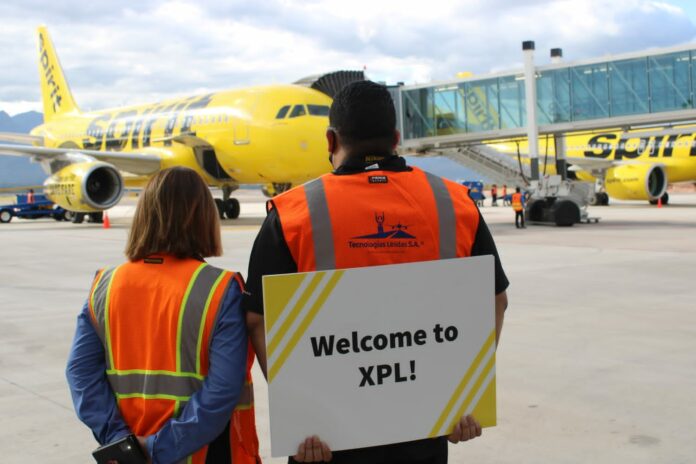 The airport is 70km away from the Honduran capital, Tegucigalpa and replaces the old Toncontin International Airport (TGU), which will now be used for domestic flights. The new project is estimated to have cost US$163 million.

Kamlah says that Munich Airport’s consulting subsidiary (MAI) will continue to support the newly opened airport now it is up and running.

This will be support with operational management, providing staff training and using its expertise to continue to develop Palmerola into a state-of-the-art airport.

He says: “MAI will also focus on the effective use of newly installed technologies and systems, on maintaining high safety standards, optimising operational efficiency, improving the passenger experience as well as supporting stakeholder management and airline marketing.”

“Completion is scheduled for the end of the first quarter of 2022. A possible capacity expansion to an area of up to 10,000 sq m at a later date is already being planned. The cargo apron with 4 Code C or 1 Code E and 2 Code C positions will be completed with the cargo terminal building.

“State-of-the-art security screening equipment will enable fast export clearance. The focus of the cargo facilities is on modern cooling systems for export and import of perishable goods.

“A dedicated entrance and exit to the central highway connecting the main cities of Honduras and El Salvador is being built for fast landside cargo access. In addition, sufficient truck parking and manoeuvring areas will be made available.

“Due to takeoff and landing restrictions for aircraft and the MTOM, the old Toncontin air cargo terminal is mainly used for trucked freight. The infrastructure and systems are outdated or non-existent, the parking and manoeuvring space for trucks is very limited, and there is no potential for expansion due to the limited terrain around TGU.

“Palmerola offers new routes and destinations plus belly cargo capacity which is nearly non-existent at TGU due to take off weight restrictions. Thanks to its central location and direct highway access to the south, including Tegucigalpa, the north, including San Pedro Sula, and the west, including El Salvador, Palmerola offers an attractive location for intermodal cargo handling. These are ideal conditions to guarantee stable import and export volumes for the cargo sector,” Kamlah explains.

Will the opening of Palmerola Airport affect other airports in the region and country? Kamlah says: “From now on, TGU will only be used for domestic flights and small aircraft. We do not expect San Pedro Sula Airport (SAP) to lose much the traffic that is originating in or traveling to the San Pedro Sula region. However, SAP is operating at the capacity limit, so overall growth of Honduran air traffic is expected at Palmarola (XPL) – also due to the large catchment area towards southern and central Honduras.

“For certain destinations, XPL is also more interesting than SAP. Currently, air cargo import and export is mainly handled through SAP. Depending on the development of air freight capacity, including belly freight capacity, cargo volume could shift to XPL over time.”

Building an airport is no mean feat, but building one in the middle of a pandemic may be even more of challenge.

“Lockdowns and the introduction and control of BIOS measurements have affected the construction and system installation process, and delayed the opening of the airport,” says Kamlah.

He adds: “Since Palmerola was designed on the principles of flexibility to adapt to the growth of the traffic structure and regulatory changes, there were no major problems from an infrastructural point of view in introducing the BIOS concept and health checks in passenger flows.  Intensive stakeholder management to ensure quick and passenger-friendly handling of health checks was and is essential.”

Through its job creation the airport will help Honduras’ economic recovery from the pandemic. Kamlah also believes: “A positive image effect will attract further private investment (e.g. in the logistics sector, the service sector, hotels, etc.). Airlines are also taking the opportunity to enter the Tegucigalpa market (e.g. Spirit Airlines), which they were previously unable to do due to TGU operating restrictions.

“We expect ticket prices to drop due to increased competition and lower operating costs, and the increased operational flexibility for airlines will lead to traffic growth resulting in positive impacts for the region and the country.

“Overall recovery from the pandemic is expected to accelerate.”

Dr. Ralf Gaffal, managing director at Munich Airport International, adds that MAI will continue its active role in Latin America. He says: “MAI is an active consulting and management partner of Latin American Airports since 2011. We have delivered a number of major ORAT projects in Brazil, Ecuador and Honduras.

“MAI is an active player of the Latin American marketplace through management contracts and with its diversification into the cargo business. MAI will continue to increase its presence across the region through numerous engagements and with the support of its multicultural pool of expert.”