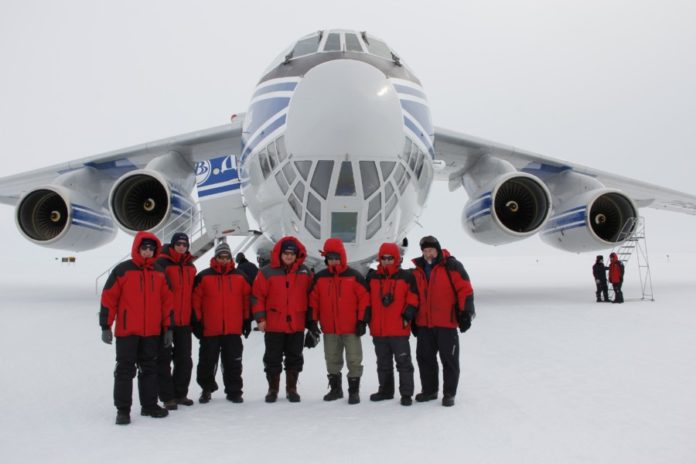 Low oil prices are causing projects to be cancelled or delayed, having a
‘domino effect’ on other industries, but Volga-Dnepr Airlines regional sales manager, Georgy Sokolov says he is hoping for a strong end to the year.

As well as projects being cancelled or delayed, which has caused a knock-on effect of stricter budgets and tighter cost controls, the start of 2015 received an artificial boost from events such as the US West coast seaport strike.

Sokolov tells Air Cargo Week (ACW): “This generated massive demand for airfreight services and enabled us to reach better than expected results in the first half of last year.”

He adds aerospace, Volga-Dnepr’s key industry has remained strong, partially compensating for other sectors such as oil & gas and government work dropping.

Sokolov says he hopes the end of the year will be stronger than the start, commenting: “There are some medium- and long-term projects in the pipeline, and we are looking very closely into cost optimisation these days. We have cautious expectations of a higher level of ad-hoc demand towards the year end.”

In addition to serving industries such as aerospace, oil & gas and power & energy, Volga-Dnepr is known for transporting space equipment and outsized cargo. Sokolov says recent shipments have included transporting equipment and materials for the ExoMars space exploration project (pictured right), welding equipment for a power station in Malaysia, the payload module of a spacecraft, a cable spool for an offshore gas drilling vessel in Bulgaria, and an 85-tonne ‘runner’ for the new hydroelectric power station in Magadan, Russia.

Sokolov says: “Operating to our seventh continent and landing on Antarctica’s ice runway is definitely among the most interesting projects we’ve completed recently.”

The IL-76 and the Antonov AN-124 are very useful aircraft for Volga-Dnepr, as the aircraft helped to create the outsize and heavyweight air cargo market. “Before these aircraft came along with their unique cargo loading and carrying capabilities, very time critical and highly sensitive cargoes faced spending weeks being transported by sea as well as long journeys over land. Today, we move cargoes like these within a matter of hours’ flying time.”

For example, Volga-Dnepr has invested in a new ‘Wing Lift’ system, which can load 20, 30 and 40-foot containers in about 30 minutes compared to four hours previously.

Sokolov explains: “It is often said that when it comes to moving unique, outsize and heavyweight air cargo we have earned a global reputation for ‘making the impossible possible’.”

“We always encourage customers to talk to us at the earliest stage of their production planning because the advice and expertise we can offer will ensure their cargo can be transported as planned and without any unexpected additional costs.”

Though Volga-Dnepr, like other charter companies, handles long-term projects, which makes it easier to plan and allocate resources, much of the business is ad-hoc and difficult to forecast.

Sokolov says: “A very large chunk of charter business, by its nature, is ad-hoc, where any planning is largely an expert extrapolation exercise rather than exact science.”

While this is challenging, it can also be an opportunity. “We have a charter operation geared up accordingly, with planes and crews always ready to mobilise, operations and ground handling departments able to make flight arrangements at very short notice, and with a 24/7 customer service and sales network covering the globe.”

Sokolov tells ACW that Volga-Dnepr is set up to react and adjust quickly for spikes in demand, and to help customers in emergency situations. He says: “It is not an easy business to be in, but very exciting.”