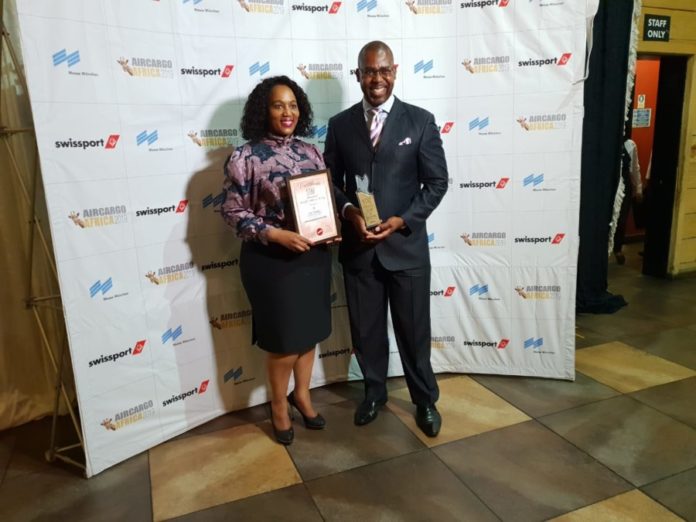 South Africa’s largest hub, OR Tambo International was named African Airport of the Year at this week’s Air Cargo Africa conference and exhibition. It is the fourth time it has won the award.

Airport general manager Ms Bongiwe Pityi-Vokwana said: “We are extremely proud to have been named African Airport of the Year over the past few years. Winning this award demonstrates our commitment to deliver the best infrastructure for our stakeholders.”

She says that 82% of South Africa’s total air cargo volume of about 400 000 tons a year is routed through the Western Precinct Cargo Terminal, 92% of it international cargo.

Some 70% of capacity is provided by bellyhold carriers and the remainder by freighter operators.

Pityi-Vokwana added: “Cargo plays a big role in the revenue stream of airlines. We continue to work hard to position the airport as the gateway for Sub-Saharan Africa,” says Pityi-Vokwana.

The Air Cargo Africa 2019 event in Ekurhuleni attracted over 80 exhibitors and more than 3,000 visitors from 60 countries, including from 30 Africa.

Conference hosts Messe München South Africa say this year’s event was attended by about 20 CEOs of global airlines and air cargo companies. The level of attendance by senior executives is an indication of growing interest in African air cargo, they added.