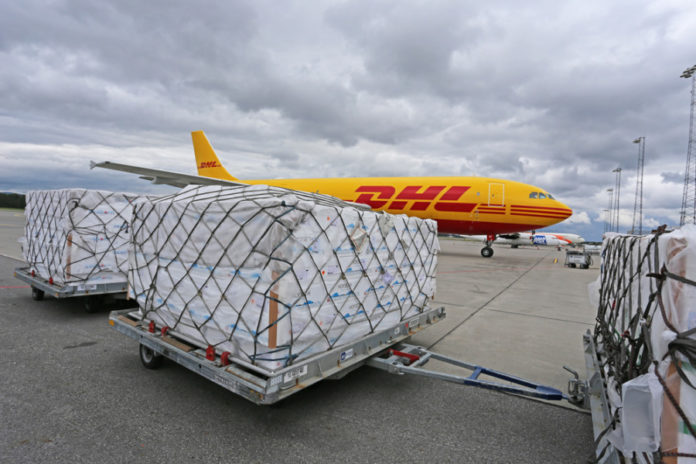 Cargo volumes at Avinor Oslo Airport soared in 2017 with growth of 35 per cent as it satisfied global demand for Norwegian seafood.

In 2017, 185,000 tonnes of air cargo were flown in and out of Oslo Airport, an increase of 35 per cent, with a number of cargo airlines choosing to add the Norwegian capital to their networks, including Atlas Air flying to Seoul, CAL to Tel Aviv, Turkish Cargo to Istanbul and DHL services between Lakselv and Oslo.

The new routes have reduced onward journey length of Norwegian seafood and to increase capacity significantly.

Avinor director of air cargo, Martin Langaas says: “The biggest volumes in air cargo at Oslo Airport are in fresh Norwegian seafood, which is exported to global markets. This is good news for the Norwegian seafood industry, which during last year has increased its competitiveness further, thanks to better connectivity and capacity directly out of Norway.”

He says Norway generated 230,000 tonnes of seafood as air cargo in 2017, of which 39 per cent flew directly and the remaining 61 per cent travelled by trucks to other airports in Northern and Central Europe, something that Avinor and the seafood industry would like to change.

Langaas says: “We want to ensure that as much seafood as possible can reach its global markets directly from Norway. It saves time and allows the seafood industry to get its products out to the world as quickly as possible.

Direct flights for seafood from Oslo Airport will also help to reduce the number of heavy goods vehicle convoys which have to drive from Norway down to Central Europe, where the seafood is loaded onto planes for its onward journeys.”

E-commerce imports with airlines such as TNT, FedEx, DHL and UPS increased 25 per cent, with 58 per cent of air cargo from Oslo being transported on dedicated cargo aircraft.

Cargo volumes on intercontinental passenger routes to Asia, Africa and the USA have grown 52 per cent, and inbound cargo has increased 110 per cent.

Langaas says: “Avinor’s mission is to tie the country together, and connect Norway to the world. That is why it is important for us to find new and attractive long-distance routes, to give Norwegians a shorter and more seamless journey out to the world.

The ability to fill up a passenger plane with passengers and air cargo makes the business case more attractive for potential new companies and, just as importantly, allows Norwegian businesses to export their ingredients more efficiently.”