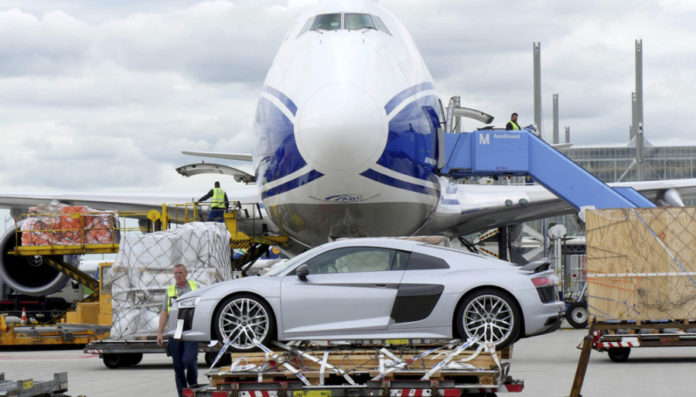 Paderborn-Lippstadt Airport, situated in one of Germany’s strongest economic regions at the border of North Rhine-Westphalia, Hesse and Lower Saxony, is also keen to strengthen its customer relationships from a lower base.

“We see that more than in other industries air cargo business is a people business,” explains the airport.

“So, for us, as a relatively new player in the market, it is still a long road to bring our airport and the benefits we offer onto the agenda of potential customers.”

Paderborn says those benefits include unrestricted air traffic – so operations are not slot-oriented – quick turnaround times, no night flight restrictions and its own fuel supply. It is also a regulated agent for the transport of air freight by truck.

Lufthansa Cargo has its own station at the airport where goods are processed and sealed and delivered by truck to Frankfurt. Paderborn is aiming to win business from bigger hubs in 2018.

“In the past we registered an increase in air freight transport volumes which had previously been handled at other locations,” it says.

“That is why two years ago we decided to strengthen our air freight sector as well as our service portfolio. As a result, today we have well trained staff and offer high-quality handling of various types of cargo. The near future will definitely see more air freight being transported from Paderborn via truck.

“But we would also like to expand in freight movement by air and offer an attractive cargo service for our customers. Experience has taught us that charter airlines realise that urgent deliveries and special cargo projects can be realised a lot more smoothly via our airport than at the big hubs.”

Munich Airport has had a stellar year. In the first nine months of 2017 freight volumes were up by ten per cent to 270,000 tonnes.

“We have had a record year,” says director of traffic development, Markus Heinelt.

“Our cargo performance has been outstanding and airlines and freight forwarders keep telling us that they haven’t seen demand like this ever before.

“The world economy is booming, and Germany well known for its engineering and automotive industries is benefiting. Here in Munich we are especially doing well as BMW, Daimler and Audi play a big role in the city.”

Heinelt expects capacity to increase further in 2018. This will be boosted by Lufthansa carrying out more Munich to Chicago flights and moving more of its Airbus fleet to Munich, as well as re-starting its Munich to Singapore route.

He adds: “We are also seeing more and more logistics companies locate in Munich as they realise that the automotive and hi-tech volumes, through Siemens, are moving through here. They appreciate our strong mix of belly and freighter capacity and our infrastructure with its very fast processes and customised services. We also don’t have any problems with truck jams here at Munich and that is important for our customers.”

Munich is further improving its handling and storage services with the introduction of automated solutions for stacker systems and an extension of its road feeder services area. This will be fitted with intelligent slot and stock management systems to reduce waiting times. It is also intending to triple warehousing space for its customers such as B2C express carriers.

“Infrastructure is the key to growth,” Heinelt says. “You have to keep investing in it and allow customers to grow with you.”

In terms of challenges Heinelt says protectionism around international flight rights limits its and other airports cargo growth.

He believes airline alliances are a solution as are agreements with airports such as recently sealing closer ties with airport Moscow Domodedovo.

The sister airport partnership will include knowledge transfer of employees and managers and an exchange of ideas on issues such as security, digitalisation and terminal planning.

It is Munich’s seventh sister airport with others including Denver and Singapore.

So, what of 2018? Can Munich achieve another record?

“It is possible but it will certainly be another good year,” he says.

Germany, it can be safely said, is soaring.