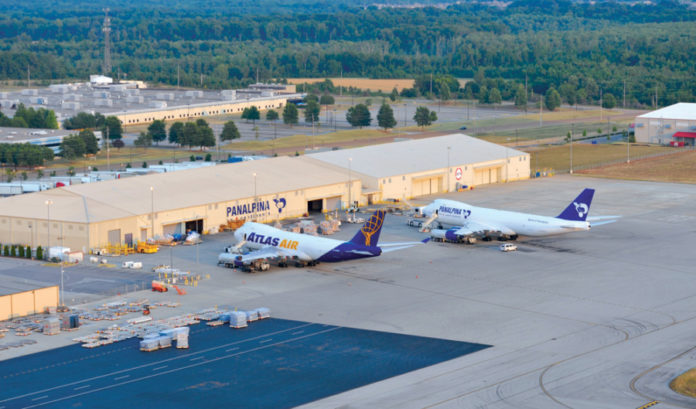 Panalpina says its “Speedy” loop connecting Mexico, the US and the UK is ready for Brexit, regardless of the outcome.

Queretaro International Airport was added to the loop of its Charter Network in May, which also connects Mexico City and Guadalajara with Panalpina’s airfreight gateway in Huntsville.

Matthias Frey, global head of the Charter Network at Panalpina says 2018 was a “very good” year, saying: “We closed the year with 37 regular flights into Querétaro, 71 into Mexico City and 104 into Guadalajara. We also operated 19 ad-hoc full charters into Querétaro and 11 into México City between May and December 2018.”

Panalpina is the only company to offer transatlantic flights from Queretaro to London Stansted Airport and to Luxembourg via Huntsville, offering contingency solutions for medical, food supply and other goods in light of Brexit.

The flight can bring merchandise from the Americas into London and then take UK goods to Luxembourg, flying over the channel and avoiding coastal borders that are likely to be major bottlenecks.

UK-related supply chains are likely to need re-engineering, and Panalpina has set up a special task force to help customers get answers solutions regardless of the outcome of Brexit.

Panalpina says adding Queretaro to its Mexican network has been well received by primary customers in the automotive and aerospace sectors in the Bajio region, but also elsewhere in the country.

Erico Boehme, country head of airfreight at Panalpina Mexico says: “Querétaro is actually expanding its facilities for cargo and does not have any truck restrictions. It may become the ultimate alternative for large cargo aircraft in the Mexico City metropolitan area.”

Queretaro has a potential market of 45 million customers with a 350 kilometre radius, and inbound flights can connect with trucking services and ad hoc charters.