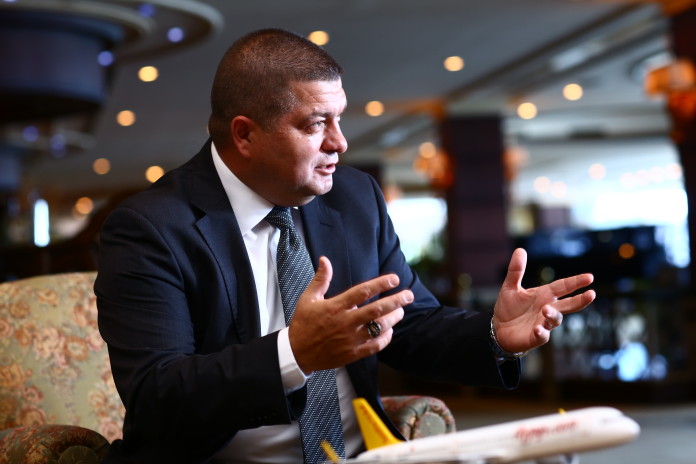 The most significant challenge for Pegasus Cargo is the liberalisation of traffic rights in the Middle East, the Turkic republics and in North Africa, according to the carrier’s vice president for cargo, Aydin Alpa.

He tells Air Cargo Week the airline no longer has problems obtaining rights in Europe, but it does face issues in these regions: “There are many routes we are unable to launch because of the traffic rights in these regions. Ideally, we would like the restrictive frequency quotas that exist to be lifted, like they have been in Europe.”

He says traffic rights agreements are becoming more liberal and the carrier realises progress has been made. Alpa adds: “The situation is improving but it can be even better if a similar liberalisation that has been adopted for domestic routes in Turkey a few years back was adopted for international routes as well.

“We are very vocal and in constant communication about liberalisation of the market and are hopeful that this process of opening bilaterals will speed up in the future.”

“Therefore, cargo volumes have been increasing year-by-year for Pegasus Cargo with the launch of new domestic and international routes. We are growing our cargo volumes as planned,” Alpa says.

Looking ahead, Alpa says Europe and the Middle East have the greatest market potential for Pegasus. “The MENA markets that we are penetrating in the Middle East and North Africa represent a significant importance and opportunity for our business: the growth potential of aviation in this market,” he says.

In 2012, Pegasus made a $12 billion order for 100 new Airbus aircraft. In 2016, deliveries will arrive and continue the following years.

The new Istanbul airport is set to open in 2018, and Alpa says once completed it will evaluate opportunities it presents Pegasus. “The third airport in Istanbul will be very important for Pegasus Cargo, when we look at the growing aviation sector as well as the economy of Turkey.

“Due to the trade increase to/from Turkey, Istanbul will need a larger airport with larger facilities as increased trade will mean increased cargo movements and this is why the third airport is crucial,” Alpa concludes.