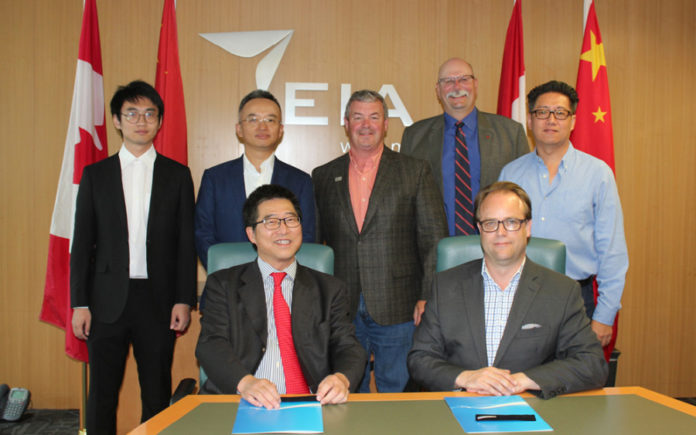 The company specialising in LED lighting systems for indoor plant growth has made Edmonton its North American entry point and logistics hub, and home of its manufacturing and distribution centre in North America.

Plant Box chose Edmonton because it is the most northern major North American airport that operates 24/7 and can provide direct circumpolar access to and from Asian markets.

Edmonton can act as the gateway for air cargo into North America with onward distribution through rail and highway infrastructure.

Plant Box will benefit from reduced trade barriers thanks to Western Economic Diversification’s establishment of a Foreign Trade Zone at Edmonton, where it will lease existing warehouse space for its manufacturing centre.

Steve Loo, executive director of Plant Box in China says: “We looked at multiple venues across North America for this investment and determined that the Edmonton Metro Region and EIA was the perfect fit to be our north American home. EIA offers several advantages not seen at other airports and we hope this will be the start of a long and successful relationship for our company in North America.”

Myron Keehn, vice president of air service and commercial development at Edmonton International Airport says: “This is a perfect example of how Airport City works. Plant Box will import materials and build technology which will increase the production of agricultural products for export from North America.”