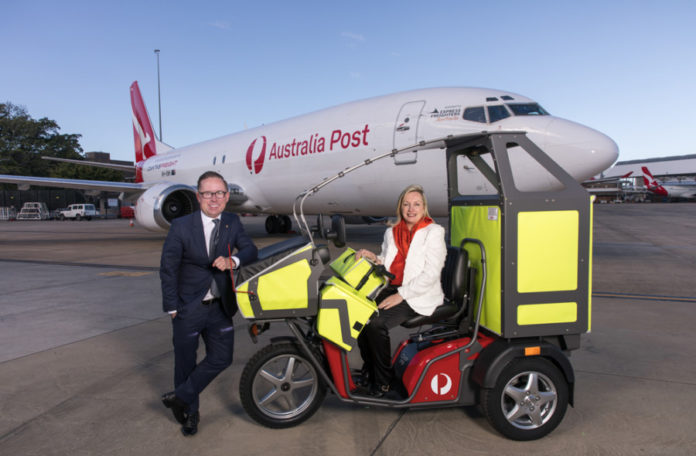 Qantas and Australia Post have expanded their domestic and international airfreight agreement to ship parcels to benefit online shoppers and businesses.

The seven-year agreement worth over A$1 billion will give Australia Post customers access to Qantas Freight’s freighter aircraft and priority access to cargo space on Qantas and Jetstar passenger flights in additional to partner airline capacity.

Three Airbus A321 Passenger to Freighter conversions will be introduced for Australia Post, making Qantas the first airline to operate the A321 as a freighter.

The A321P2F will have an additional nine tonnes of capacity compared to existing Boeing 737 freighters, with the first one entering the fleet in October 2020.

Christine Holgate, CEO and managing director of Australia Post says the alliance will drive e-commerce growth, and connect businesses and communities around the world.

She says the enhanced freighter network complements A$900 million of investments through automation and infrastructure.

Holgate says: “It means that we can build flexibility into the air freight network to manage increased volumes and demand in the lead-up to Christmas. Last year we flew more than 400 tonnes of mail on our busiest night, and more than 40 million parcels during December; this year, we expect to exceed both those targets.”

Alan Joyce, CEO of Qantas Group says the agreement is a vote of confidence in the future growth of e-commerce and will support rising demand for next-day deliveries.

He says: “Consumer preferences and expectations are rapidly changing and together with Australia Post we’re responding by growing our dedicated freighter fleet to provide a better experience for consumers and businesses.”