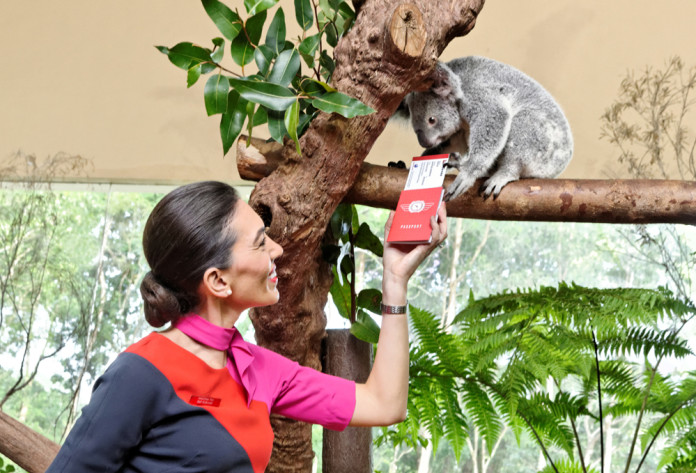 Qantas has transported four koalas back to Brisbane after their 10 month stay at Singapore Zoo where they were on loan from the Australian government.

The koalas, Paddle, Pellita, Chan and Idalia stayed in Singapore from April 2015 on loan from Australia to celebrate Singapore’s 50th anniversary of independence and 50 years of diplomatic relationships between the two countries. During their stay, Qantas Freight shipped gum leaves to Singapore Zoo twice a week and throughout the 10 months, carried 75 shipments weighing over 4,400 kilogrammes.

They are now back at the Brisbane home at Lone Pine Koala Sanctuary.