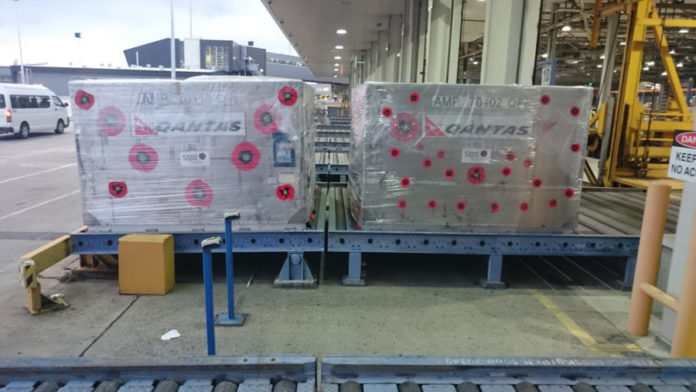 Qantas Freight has transported 300,000 commemorative poppies for the Chelsea Flower Show to honour servicemen and women who have fought in wars, conflicts and peacekeeping operations over the last 100 years.

The 300,000 handcrafted crocheted poppies were transported from Melbourne to London, and packed and loaded into 35 cubic metres of bellyhold space, approximately half the available cargo space in the Airbus A380.

Qantas Freight head of operations, Lee de Winton, who is a former Australian Air Force wing commander, says: “As Australia’s national carrier, Qantas is proud to carry this special cargo and support this unique project which symbolises the true spirit of Australia.”

The poppies will flow from the show grounds into the Royal Hospital Chelsea to honour the servicemen and women during the show, which takes places from 24 to 28 May.