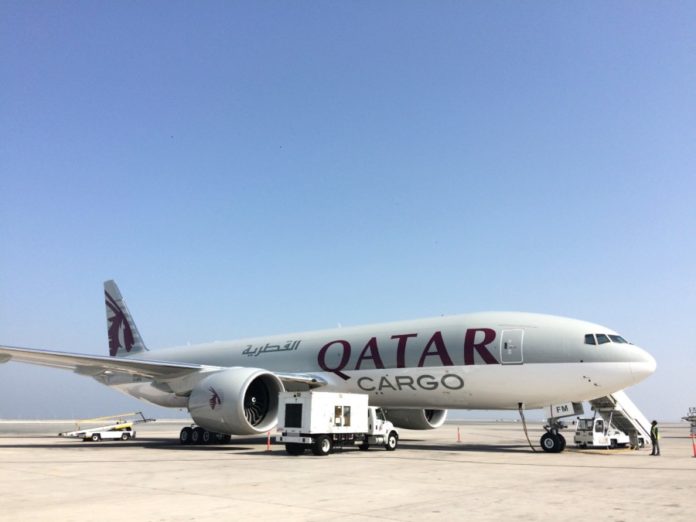 Qatar Airways Cargo has expanded its freighter fleet to 22 after welcoming its 13th Boeing 777 Freighter and its first Boeing 747-8F.

Chief officer of cargo, Ulrich Ogiermann says: “We are excited to take delivery of the newest freighter just days after our first Boeing 747-8F nose loader freighter joined the fleet, and at a time when we are increasing our capacity and frequencies as part of our network expansion strategy.

“The new freighters will be deployed on long haul routes in scheduled services and will further boost QR Charter services, allowing us to provide bespoke air charter services for various industries, including the industrial and oil and gas sectors.”

Qatar Airways Cargo operates 13 Boeing 777F on long-haul routes to the Americas, Europe, Asia Pacific and select destinations in Africa. With a payload capacity of more than 100 metric tonnes, the Boeing 777F is capable of flying 9,070 km.

The carrier recently announced the commencement of 777F services to Pittsburgh, its 7th freighter destination in 2017 and 13th in the Americas, starting on 11 October.