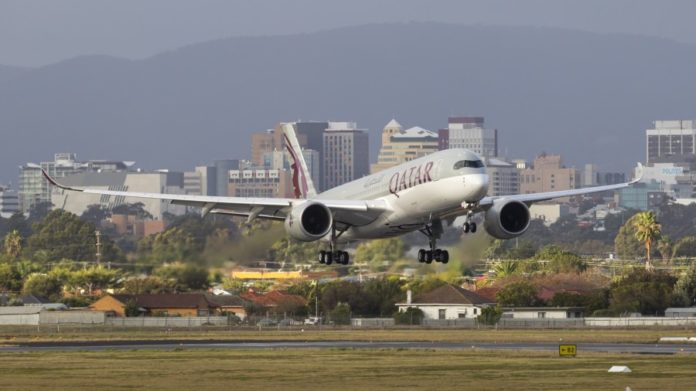 Qatar Airways will expand its presence further into South America by launching belly flights to Rio de Janeiro in Brazil, and Santiago in Chile early next year.

The carrier will operate an Airbus A350-900 four flights a week between from Doha’s Hamad International Airport to Rio de Janeiro, which will then go to Santiago.

The carrier says the launch of new cargo services into South America and the forthcoming belly service to Rio de Janeiro will meet the growing demand for import and export trade in the region.

Earlier this year, Qatar Airways also announced it was leasing four LATAM Airlines Group Airbus A350-900 aircraft for up to a year, to meet increasing customer demand.

In December 2016, the airline made a strategic investment by acquiring 10 per cent of LATAM Airlines Group worth about $608 million.

In other Americas news, last week, Qatar Airways announced it was not proceeding with its proposed ‘passive’ financial investment in American Airlines after previously revealing in June its intention to invest with an initial investment of 4.75 per cent.

A statement read: “Qatar Airways has taken the decision not to proceed with its proposed passive financial investment in American Airlines.

“Further review of the proposed financial investment, taking into account the latest public disclosure of American Airlines, has demonstrated that the investment no longer meets our objectives.

“Qatar Airways will continue to investigate alternative investment opportunities in the United States of America and elsewhere that do meet our objectives.

“Qatar Airways will continue to seek opportunities to invest in global aviation to support the airline’s goal to offer the best possible travel experience for its customers.”