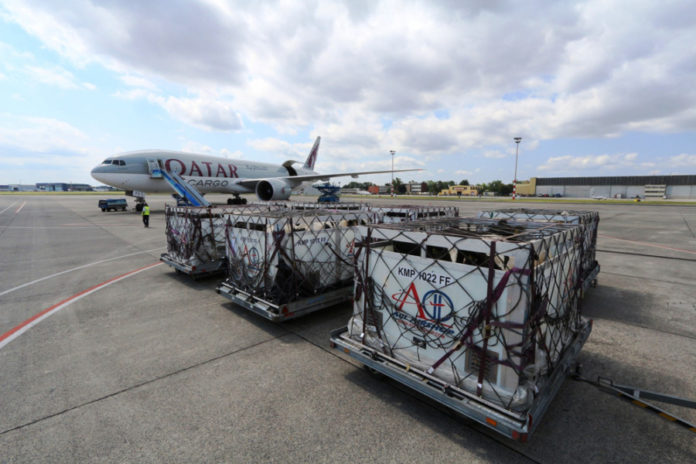 Qatar Airways Cargo has operated a charter flight to transport Hungarian pedigree calves from Budapest to Qatar for breeding purposes.

The high value livestock flew from Budapest Ferenc Liszt International Airport on board a Boeing 777 Freighter with one carriage box accommodating four calves, and the mobile cattle grids were lifted one after the other on board and were fixed tightly for transit.

Droese says: “This special livestock cargo was not the first one for Budapest Airport; we have dispatched several ‘cattle charters’ from Ferihegy to the countries of the Middle East, or to the Pacific coast of Russia, like last time, for instance.”

He adds: “Qatar Cargo operates three scheduled flights per week between Doha and Budapest with Airbus 330-200F cargo planes, but this charter plane, a Boeing 777 has about 60% more cargo capacity, and we do hope to see it more often at our airport going forward due to the dynamic increase of cargo volumes carried by the airline.”