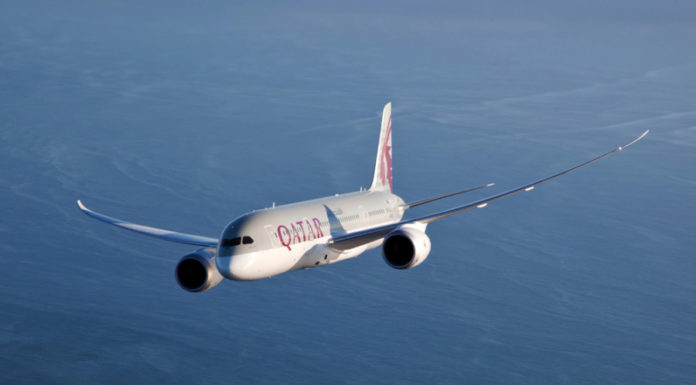 Qatar Airways’ inaugural flight from Doha to London’s Gatwick Airport has touched down, making it the airline’s sixth gateway into the UK and the second one for London.

The double daily service is operated by a Boeing 787 Dreamliner, and for the summer, Qatar Airways will operate 95 flights to the UK a week, with six a day to London Heathrow, 16 a week to Gatwick and Manchester, daily flights to Cardiff and Edinburgh and seven a week to Birmingham.

Between 15 June and 29 September there will be additional flights on Fridays and Saturdays, with QR331 departing Doha at 15.00h and arriving in London at 20.00h.

Qatar Airways Group chief executive, His Excellency Akbar Al Baker says: “Qatar Airways is delighted to be expanding its reach in both London and throughout the U.K. Earlier this month, we launched direct flights to Cardiff, the capital of Wales, clearly demonstrating our continued commitment to this market.

“We are very proud of our strong and extensive trade ties with the U.K. and look forward to offering our loyal passengers the chance to explore the newest and most exciting destinations within our global network.”