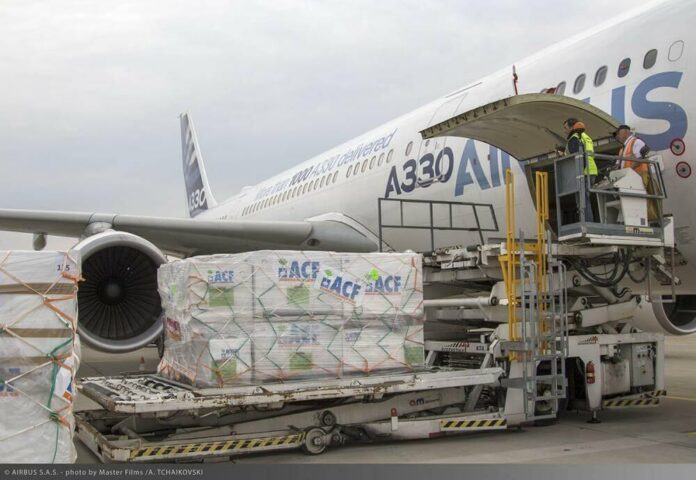 Quantum-South has released an air cargo optimisation application running on DWave quantum platforms capable of optimising the load of containers and ULDs
in full freighters and passengers’ aircrafts. The optimisation includes complex
targets like revenue, priority, center of gravity, shear force and volume, beyond
industry standard weight and balance restrictions.

The announcement was made today in the Inside Quantum Technology (IQT)
Conference in the San Diego Convention Centre. The solution aims to bring
efficiency in logistics, helping companies to improve revenues and reduce costs
based on customizable parameters. It has been tested on D-Wave quantum
computers through AWS Bracket showing very short execution times.

Quantum-South team has been working in container load optimisation for air cargo since the Airbus Quantum Computing Challenge in 2019 where it became one of the global finalists.

Airbus has identified this problem as one of the most challenging in the aerospace industry.
Quantum-South developments have been focused on using quantum algorithms to address the problem, leveraging quantum theory to run complex calculations in computers that can explore more solutions than traditional computing models.

During the Inside Quantum Technology Conference, Dr. Rafael Sotelo, co-founder of QuantumSouth, conducted the session “Quantum Applications in Logistics: Air and Maritime Cargo”. In his talk, Dr. Sotelo explained the problem of addressing several packages to be transported with the objective to identify the optimal selection of the ones that maximizes key parameters like revenue, priority and volume associated to the containers and ULDs (Unit Loading Devices) while respecting restrictions, such as maximum weight and length, centre of gravity, shear, and the shape of the fuselage. Optimizing the location of the center of mass has a significant impact on fuel consumption and environmental protection.

“Given the enormous increase in the number of possible combinations as the number of packages increases, the problem poses a serious challenge to be solved by classical means” explained Dr. Sotelo.

The air cargo optimisation software based in quantum computing: Quantum-South is ready
to work together with air cargo companies in proofs of concept (PoC) for a real business scenario,