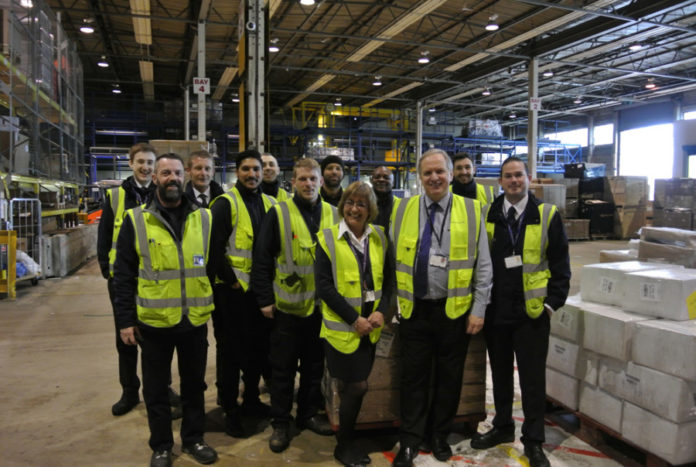 It transported over 600,000 pounds of exports and almost 475,000 pounds of imports with shipments including fresh salmon, vegetables and pharmaceuticals, and heavy metal industrial forgings.

Imports from the US and other locations include lettuce and asparagus, and oil and gas equipment destined for Aberdeen and the North Sea oil fields.

This is the fourth time American Airlines Cargo has broken its daily record since August 2016.

American Airlines manager cargo operations – UK and Ireland, Paul Griffin says: “We have more than 150 team members across two facilities who handle these volumes and provide consistently high levels of service to our customers.”

“And with further enhancements now under way to both buildings, including enhancements to our ambient storage offerings, we are strongly positioned to handle even more growth in the future.”

It says the airline’s major hubs served from the UK had consistently high outbound load factors with particularly strong demand for services to Charlotte, Philadelphia, New York and Dallas/Fort Worth.