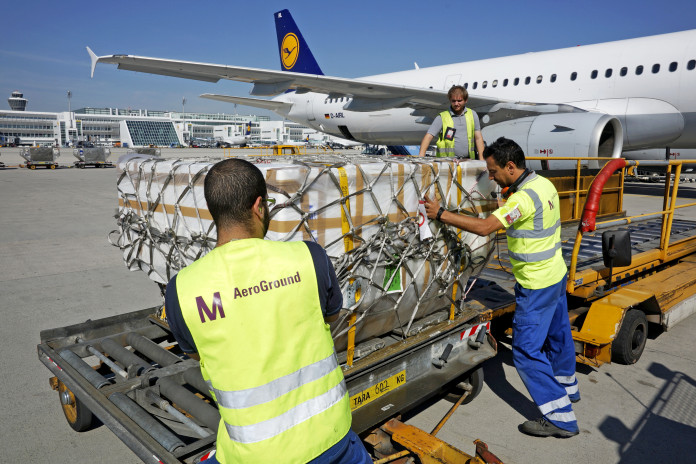 Munich Airport has seen strong growth and cargo tonnage rose by 11.6 per cent in the first six months of 2015, which is a new record.

This growth is due mainly to the airport’s development as a cargo hub, explains Markus Heinelt (pictured far right), director traffic development for cargo at the Bavarian gateway.

“Over the course of last year and from the start of the 2015 summer timetable, some airlines substantially bumped up the number of flights on existing long-haul routes and also added new ones”, he says.

New clients such as Kuwait Airways and Mahan Air have also launched flights from Munich in 2015.

“The resulting gains in cargo capacity – specifically lower-hold capacity – have been very effectively marketed in Munich and even further afield, and enthusiastically embraced by customers. This has given Munich Airport a big boost,” says Heinelt.

The express cargo market also continues to benefit from a strong economic region and growth in e-commerce. Long-standing customers such as UPS, DHL, FedEx and TNT are expanding their Munich-based activities as are aiming to grow their volumes.

Heinelt adds that the segment that is showing the most robust gains at the airport is the general cargo sector, where business has risen by a third this year.

“Starting about two years ago with the launch of a scheduled service by Cargolux, followed by the rapid expansion of AirBridgeCargo in Munich, and more recently by five weekly flights by Chinese carrier the Yangtze River Express, Munich Airport is experiencing a remarkable boom in this area”, he explains.

Logistics companies are also stepping up investments in their hub operations in Munich, Heinelt adds.

Munich Airport is currently planning a further expansion of its cargo terminal and facilities to cater   for freight operators. Other expansion plans include the opening of a satellite terminal, in April 2016, and a third runway (depending on shareholder approval).