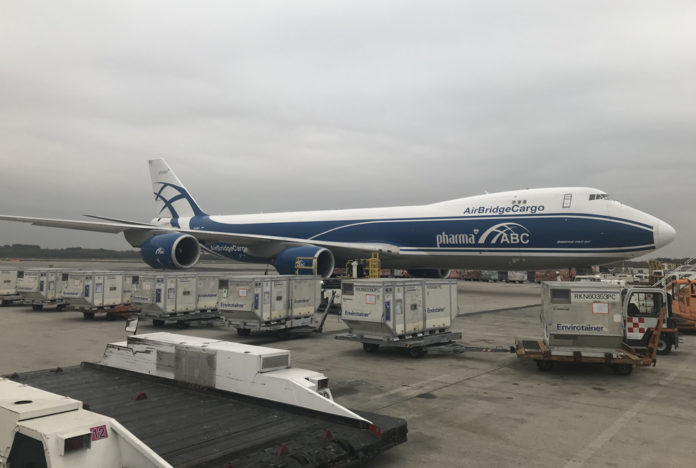 The shipment flew from Milan, Italy to Beijing, China on 30 October for Kuehne + Nagel Italy.

All 27 containers were delivered to ground handling company Alha to be loaded on one of ABC’s Boeing 747-8 Freighters to its hub in Moscow, Russia before continuing to Beijing.

The airline’s pharma team worked with local operations and customer service teams to coordinate and monitor each step of the process from priority booking on all flight sectors to overseeing loading and unloading.

Additional support was provided by ABC’s Control Tower who managed real-time, round-the-clock monitoring of the flight.