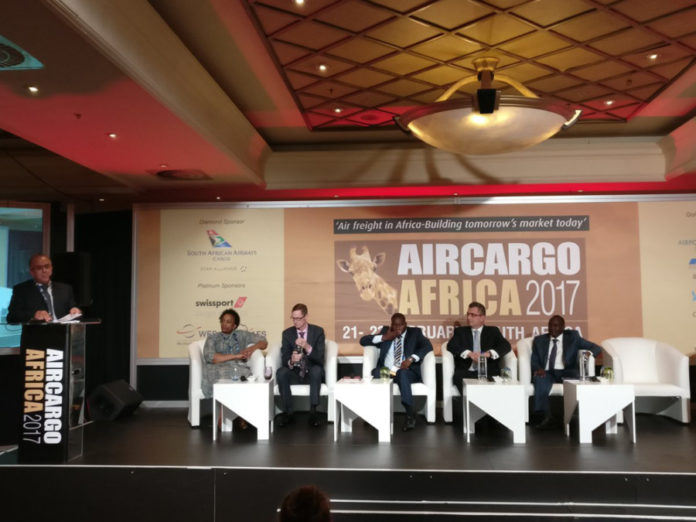 OR Tambo International Airport is to reduce tariffs by 35 per cent from 1 April and plans to improve access to cargo buildings, and will build a midfield cargo terminal.

Cargo volumes fell 10 per cent in 2016 to 350,500 tonnes, but Pityi hopes the air cargo sector will be grateful for a 35 per cent reduction in tariffs from 1 April 2017, saying: “While landing fees, parking fees and other charges make up a relatively small component of total costs, margins are such that a significant reduction in charges can make a real difference at the margins.”

Describing the importance of infrastructure, Pityi says it is a balancing act to have enough in place for when its needed but not too far in advance to be a burden, commenting: “No one likes a white elephant, but it would be most unfortunate if the infrastructure is not there when it’s needed most.”

Its operator, Airports Company South Africa (ACSA) will reconfigure and upgrade access and frontage roads to ease congestion and reduce transit times, while it plans a midfield cargo terminal and a master development for the entire airport precinct in the longer term.

ACSA says it will actively pursue new cargo routes and additional flights with a particular focus on the “southern corridor” including South East Asia and South America.

Pityi says: “The business development function is the practical mechanism for helping us achieve our vision to attract more air cargo traffic via South Africa and to maintain our status as the logistics and distribution hub for sub-equatorial Africa.”